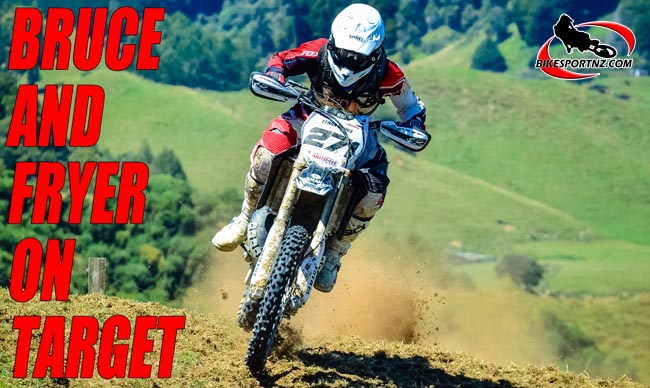 The New Zealand Cross-country Championships could well feature a couple of fresh names on both the junior and senior trophies this season.

The four-round series kicked off in the Taranaki region on remote farmland in outback Taranaki on Sunday and, when the dust cleared, there were two surprise winners standing on top of the two podiums. 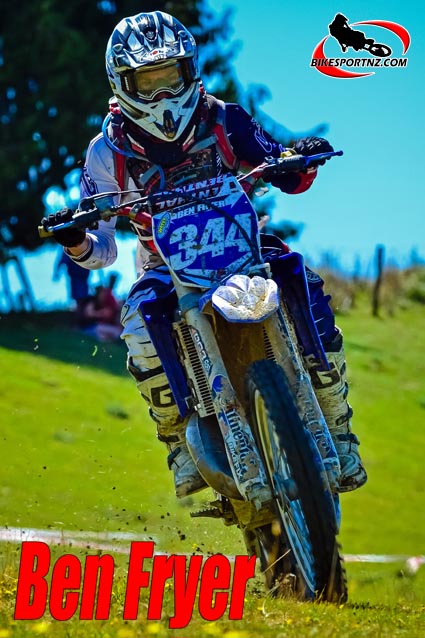 Waipukurau 16-year-old Ben Fryer stood top of one podium after winning the 90-minute junior race by more than two minutes from Otorohanga’s  Aaron King and, later in the afternoon, South Island hero Ethan Bruce (pictured above) finished one minute and 40 seconds ahead of Raglan’s Jason Dickey in winning the three-hour senior race.

Fryer had finished third overall in the junior class at the nationals last season, but his stand-out performance at the opening round of the 2014 series on Sunday certainly indicate that he could be No.1 by the end of the season when it all wraps up in Marlborough in May.

The same could be said of Bruce, from Maruia, near Lewis Pass, who took the lead early in the senior race and, apart from being locked in a see-saw battle with Dickey through the middle stages of the race, finally managed to break free and stretch out to a convincing lead before the chequered flag.

“It helps when you get a good start,” said the 17-year-old Bruce afterwards.

“This is my second season racing as a senior and this is first time I’ve won. It’s a great feeling.”

Mokau’s national No.1 Adrian Smith had a shocking start and was forced to fight through from almost last in the 57-rider senior field to eventually claim fourth overall at the finish, albeit more than two minutes behind third-placed Morrinsville rider Nathan Tesselaar.

“To have a bad day and still finish fourth is not too bad,” Smith shrugged.

“I went berserk on the first couple of laps to make up ground but I blew myself out in the end and just had to settle for fourth.”

The series is in its early stages and all the competitors are aware that titles are a long way from being determined.

The points from only three of the four rounds are to be counted towards the title, with riders to discard their worst result, so defending champion Smith may possibly be sending his result from Sunday straight to the rubbish bin.

Third, fourth and fifth in the junior race were respectively Marton’s Ethan Breuer, Te Kuiti’s Sean Kelly and Wanganui’s Seth Readon, while rounding out the top five in the senior ranks was Rotorua’s Scott Birch.

Rounds two, three and four of the national series will be held respectively in Huntly (on Saturday, March 15), Westland (Sunday, April 13) and Marlborough (Saturday, May 17).