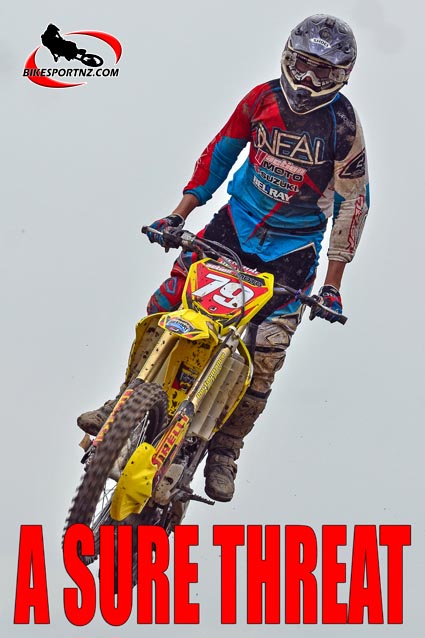 It’s going to be a long, hot summer for the nation’s elite motocross racers, certainly if the weekend’s racing at Woodville is an indicator.

Mount Maunganui’s Cody Cooper (The Honda Shop Race Team) must also know that his No.1 number plate is under threat, ironically from the same men who helped him earn it in the first place.

Cooper won the national MX1 crown for Suzuki last season, but was lured away to race for a rival race team during the off-season and so now this season, as he tries to keep hold of it, he’s going to be locking horns with some of the people who helped him win that New Zealand title in 2013.

Cooper’s replacement, the man who is now racing the bullet-proof RM-Z450 machine for the Bel Ray Pro Rider Suzuki Team, is Taupo’s Brad Groombridge and, judging by Groombridge’s recent performances around the country, he could well be just the man to snatch away Cooper’s No.1 plate this season.

Groombridge finished overall runner-up to Cooper in the MX1 class at Woodville on Sunday, but the signs were there that he will be a threat when the nationals kick off near Timaru in less than two weeks’ time.

Cooper finished 2-2-1 on Sunday, while Groombridge managed 4-4-2 results, giving Cooper a solid 11-point buffer at the end of the day, but Groombridge’s charge at Cooper in the day’s final outing was certainly something to ponder.

Australian visitors Kirk Gibbs and Ford Dale, both of them riding for the KTM Australia Motocross Race Team, finished third and fourth overall respectively in the MX1 class, while Christchurch’s Justin McDonald (Bel Ray Honda) and Scotland’s Billy MacKenzie (Altherm JCR Yamaha Racing Team) round out the top half dozen. 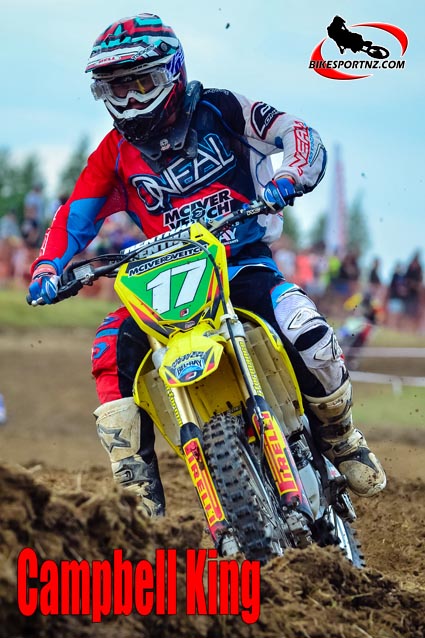 It’s probably only a matter of time before Groombridge pounces and again claims the top step of the podium – that’s certainly the view of Bel Ray Pro Rider Suzuki team manager Andrew Hardisty, of Mount Maunganui.

“We have seen some very encouraging signs from Brad (Groombridge),” he said.

“He earned a thoroughly-deserved, hard-fought second place against a top line-up of overseas riders and Kiwi internationals as well.

“This is a reflection of his hard work and commitment to the sport in recent months. Brad will be a very serious threat for the MX1 title at the nationals this year.

“We have also seen some encouraging signs from our MX2 (250cc) class riders Rhys Carter and Campbell King. They both finished among the top 10 in the class at Woodville and we’ll be working on a few things to ensure they’re contenders for that MX2 crown.”

The four-round New Zealand Motocross Championships kick off at Pleasant Point, near Timaru, on February 8. 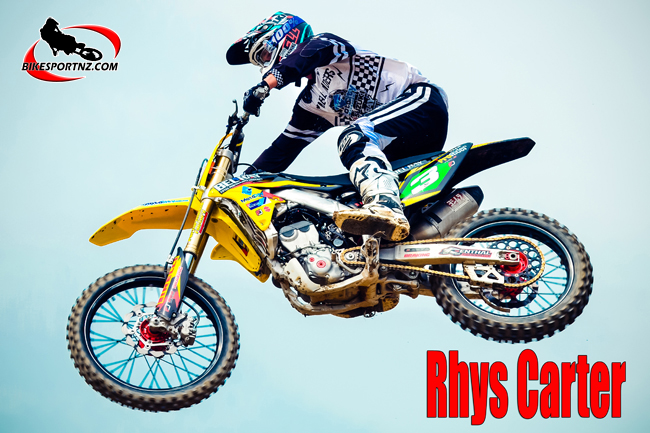