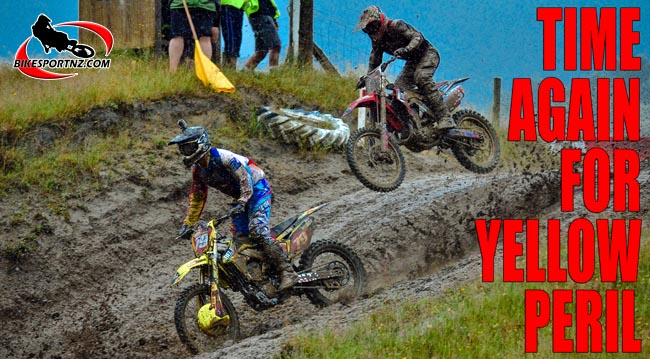 The wins are coming and it’s probably just a matter of time now before the Bel Ray Pro Rider Suzuki Team is going to have to make room in the cabinet to fit in some more trophies.

The Bay of Plenty-based Suzuki motocross outfit has won several major motocross titles in recent times, Mount Maunganui’s Cody Cooper and his then team-mate Scott Columb, of Queenstown, racing the team’s RM-Z model bikes to secure national championships in the past two years. 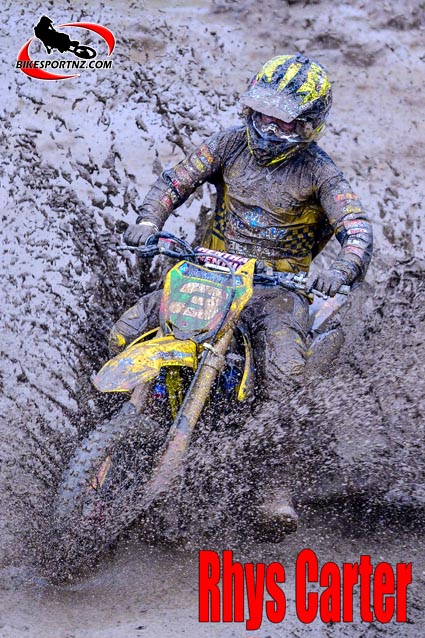 Now, even with fresh riders joining the team this season, it seems it may be business as usual for the men in yellow.

Taupo’s Brad Groombridge (Bel Ray Pro Rider Suzuki RM-Z450) came within a rain drop of winning the day in the MX1 class at the weekend’s 42nd annual Whakatane Summercross, although, frustratingly for him, he just missed out.

Torrential racing turned the circuit near Matata into a mud bog and racing became something of a lottery, with organisers eventually forced to reduce the day’s programme to just two races for each class.

“The roll-off film on my goggles snapped and I had to pull to the sideline to get some fresh goggles. That cost me a bit of time,” Groombridge explained.

It looked as if the finishing order might be reversed for the next MX1 race with Groombridge leading from Donnelly and Cooper, until Cooper muscled his way past the Kapiti man and grabbed the runner-up position.

Cooper’s 1-2 results were enough for him to seal the overall win, with Groombridge settling for second step on the day’s MX1 podium.

Carter and national MX2 champion Columb (now riding for the Altherm JCR Yamaha Racing Team) shared the day’s race wins – Carter finishing 1-2 and Columb 2-1 – but Columb got the nod for the overall on a count-back, his last race result superior to Carter’s.

Carter had been heading toward a 1-1 score-line until he made a miscalculation and was pitched over the handlebars with just one lap remaining. He recovered himself from the mud and finished second, Columb happy to accept the “gift” win and, with the pressure off, he cruised for that final lap.

“I’m not really thrilled about today,” said Carter afterwards. “I got first equal but that’s not really first is it? It was frustrating to crash while leading near the end of race two. I won this class last year on the same little hill that I screwed up on this time around.”

Team manager Andrew Hardisty, of Mount Maunganui, said he was very pleased with his riders’ solid performances in the trying conditions.

“It was always going to be a tough day, but, as usual, the bikes ran strong,” said Hardisty.

“As a team we won two of the four main races, so that was satisfying too. It was good to see Campbell performing so well and I’m sure we’ll see better things from him in better racing conditions.”