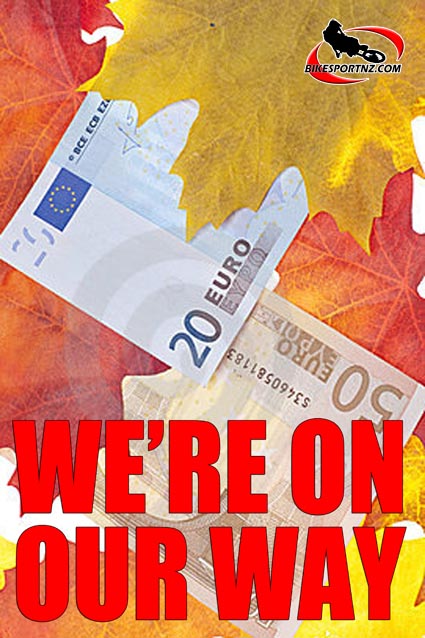 The tickets are booked, the bags are packed, the plane is warming up on the runway and some of the BikeSportNZ.com crew are heading off to Germany for the motocross experience of the year.

Anyone who is anyone will be at the 67th annual Motocross of Nations, at the Teutschenthal circuit near Leipzig, in the former East Germany, this coming weekend, including a team of three riders from New Zealand.

And, once again determined not to just give you other people’s words and pictures, some of the staff from BikeSportNZ.com and Kiwi Rider magazine will be there to record it all for you.

This web site may or may not be updated on a daily basis while Andy, Alex and Tom are away … they might just enjoy a well-deserved holiday as they take an extended break and visit friends in Germany, England and the USA along the way … but rest-assured the site will be back up to speed soon after they return and, of course, you can read all about the adventure anyway in Kiwi Rider magazine in the weeks that follow.

But, over the weekend of the MXoN, we’ll give you the low-down as the defending champion Germans go head-to-head with New Zealand’s Cody Cooper, Rhys Carter and Kayne Lamont, not to mention the cream of riders from more than 40 other countries, including such motocross heavyweights as the United States, France, Belgium and Spain.

This year’s edition of the big race is again shaping up as another extraordinary battle.

The racing features more than 100 of the best motocross riders on the planet. But, seeing as only 40 of those riders can line up at one time in the final three motos to decide who takes away the Chamberlain Trophy, a rigorous elimination process is required.