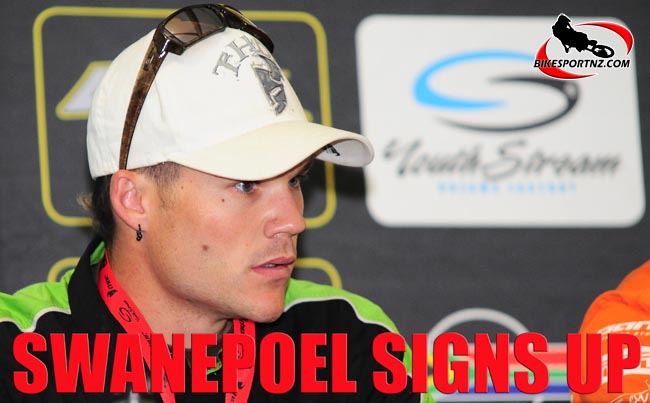 The South African, who arrived in Australia this week after a stint training in New Zealand with Ben Townley, is an accomplished racer. He won the German Motocross Championship twice, finished runner-up in the British MX1 Championship in 2009 and 2010 and was a regular podium finisher in the coveted World MX1 Championship.

Swanepoel has spent the past two and half years in the USA where he achieved strong results in the both motocross and supercross.

“I am very excited to be joining the Carlton Dry Honda team,” Swanepoel said. “It is a great opportunity for me and the timing could not have worked out better. 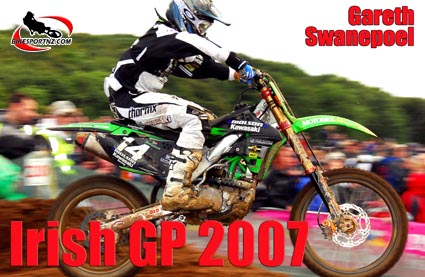 “It is also great to be working with Ben (Townley) again, we have known each other for a long time and were team-mates at Vangani Racing in 2001. I spent the past week in New Zealand with him getting accustomed to the Honda.

“This is my first visit to Australia so I have been doing a lot of watching YouTube clips and from what I can tell the Appin track looks to be quite similar to some of the ones I raced on during the British Motocross Championship.

Swanepoel will spend the next two days testing in Melbourne before heading to Sydney with the team to contest the MX1 class at Appin Motocross Track.

Carlton Dry Honda Racing Team Owner Yarrive Konsky said he was excited to be bringing Swanepoel to the Australian nationals.

“Gareth is a great fit for the team,” Konsky said. “His international results speak for themselves.

“He has beaten the best in America, in the lites class and is a proven open rider.

“We are excited to welcome him to the team and look forward to working closely with him over the next five rounds,” Konsky added.

Swanepoel’s first competitive event will be round six of the Monster Energy MX Nationals at Appin Motocross Track this Sunday. (July 14).