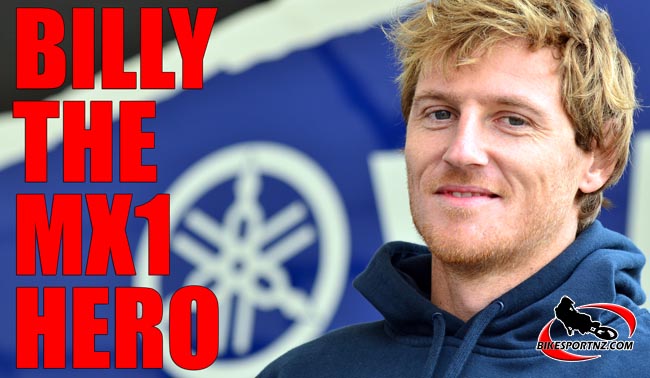 Hervey Bay’s seventh round of the Monster Energy MX Nationals on Sunday may prove to be pivotal in the battle for the coveted MX1 title, with KTM’s Todd Waters forced to relinquish the hold he had on the top spot and a new leader emerging.

CDR Yamaha rider Billy Mackenzie, from Scotland, claimed his first overall victory aboard the factory-backed YZ450F, using a GoPro Super Pole victory and a pair of third places in the two 30-minute motos to clinch the round.

Behind the Scotsman were the Moss twins Matt and Jake, with Moss Moss (Motul Pirelli Suzuki) moving into the championship lead following seven of 10 rounds. Moss finished second in Super Pole, sixth in moto one and won moto two.

Jake Moss (Campbell Mining Suzuki) was third overall after being excluded from the Super Pole session, posting a solid second in both motos for the weekend.

Former series leader Waters (Motorex KTM) was fourth in both motos, resulting in fifth overall for the round and he now trails Matt Moss by two points with three rounds remaining.

Makeham qualified first and scored 3-2 results in the motos, while Mosig rallied to 2-3 positions. Styke now enjoys a mammoth 91-point advantage in the standings.

The Scott Rookies round was won overall by Queensland rising star Nathan Crawford with back-to-back wins for Yamaha Junior Racing, heading Jed Beaton and Zak Small for the overall.

The Monster Energy MX Nationals, Australian Motocross Championship, will continue at Swan Hill in Victoria on Sunday, 11 August, when the series makes its official debut at the venue.