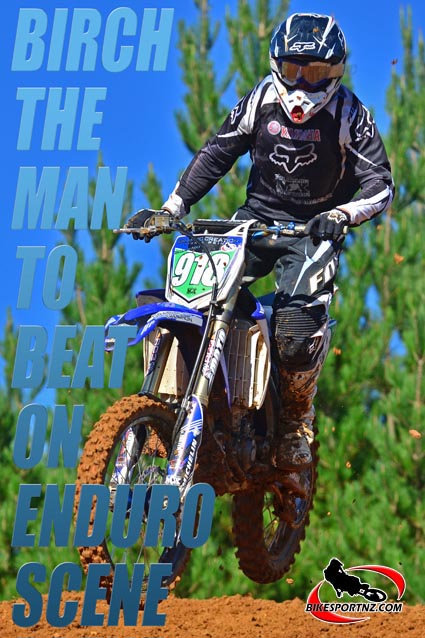 Who can beat Auckland’s Chris Birch?

Perhaps the only person capable of beating the 32-year-old Birch is Birch himself … or maybe Lady Luck.

Birch and his off-road motorcycling rivals head to the Maramarua Forest, near Huntly, for the fifth round of eight in the series this Saturday, but, the way things are going, KTM’s Birch may have the 2013 series wrapped up long before the final round hits the trees and trails near Tokoroa in September.

Less than a minute separated Birch from his nearest rival, defending national enduro champion Adrian Smith, at Waimiha just over two weeks ago, but the fact remains that Birch collected maximum points that day and Smith was left to rue a missed opportunity to claw back the deficit.

In the intervening weeks, Yamaha’s Smith successfully completed his New Zealand Cross-country Championships title defence, finishing that day near Norsewood more than half a lap ahead of his nearest challenger, but now his attention switches back to the enduro scene. 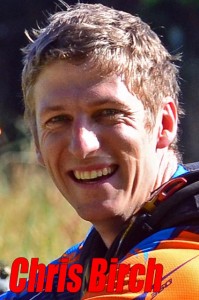 Smith is one of perhaps just a handful of riders capable of matching Birch, with Whangamata’s former national enduro champion Jason Davis (KTM), Auckland’s Callan May (Yamaha) (pictured above), Tauranga’s Reece Burgess (KTM) and Tokoroa’s multi-time former national champion Sean Clarke (KTM) among the others most likely to feature near the front in the Maramarua Forest on Saturday.

With his four-event win-streak, Birch also has a tight grip on the top spot in the battle-within-a-battle for expert over-300cc four-stroke class honours, with Burgess his nearest threat but now 16 points behind.

Smith’s outright runner-up finish at Waimiha saw him leap back to first-equal position in the over-200cc two-stroke class, a position he now shares with Davis.

“It was pretty treacherous at Waimiha,” he said. “I was typically the first rider through a lot of the sections and it was a bit sketchy for me at times.

Clarke sits on top of the veterans’ (over 40 years) division, a safe 29 points ahead of his main challenger for class glory, Taupo’s Mark De Lautour (KTM).

BikesportNZ.com Yamaha rider May had a tough time of it at Waimiha, at one stage crashing heavily into a tree, but he still managed to finish the day sixth overall, finishing top of the expert under-300cc four-stroke class and increasing his lead there.

After the Maramarua event, the series heads to Taupo for round six on July 20. It wraps up near Tokoroa on September 21.