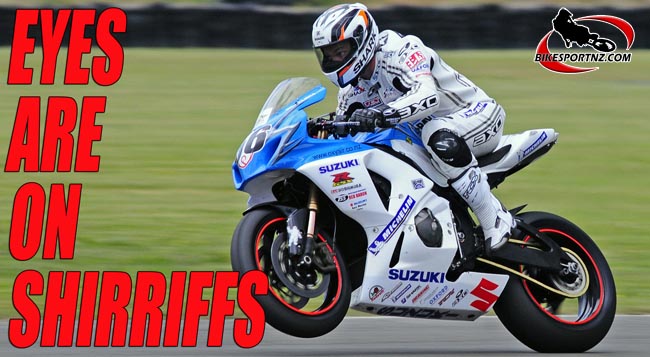 The New Zealand Superbike Championships kick back into life next weekend after a short mid-season break, competitors all revved up to resume the championship chase at the popular Hampton Downs circuit, near Huntly.

Following the three South Island rounds in January, the best riders in Australasia will wrap up the various championship classes with the final two rounds in the North Island this month, the first of which will see the annual TT titles decided over the coming weekend (March 16-17).

The question being asked is ‘can championship leader and GP title winner Robbie Bugden make it a sweep this season?’ Can he add the TT title to his GP win and possibly also put himself out of reach in the chase for superbike championship honours this weekend?

Or will Feilding’s Craig Shirriffs snatch away the vital win? Shirriffs is the only rider to put a dent in Bugden’s campaign so far this season, snatching away a race win from the Australian at Levels Raceway, near Timaru.

The TT Title has its origins back in the 1930’s, with the event originally contested on Waiheke Island, and its inclusion in this weekend’s programme adds a little extra spice to proceedings.

Support classes include the ultra-competitive Hyosung Cup 250 class, which has a one-hour race on Saturday afternoon.

The event is being promoted and organised by the Auckland Motorcycle Club, which plans on making this a full-on family event.

As well as the outstanding racing, there will be a boulevard of trade stands, and activities for the younger children to indulge. Additional entertainment will come from the American Car and Bike display, and stunt rider Nick Kroeze.

Circuit radio will be operating – on 106.8FM – to complement the public address commentary; and food outlets and fresh coffee will be available from the on-site caterers.

However Motorcycle, Car and Hot-Rod Club members will enjoy a significant discount on proof of current club membership, with adults at $15 in this instance.

On Saturday, March 16, is practice, qualifying and races for some of the support classes; while Sunday, March 17, has a full day of racing, including two races for each of the premier classes, Superbike and Supersport, along with the TT race for each championship category.