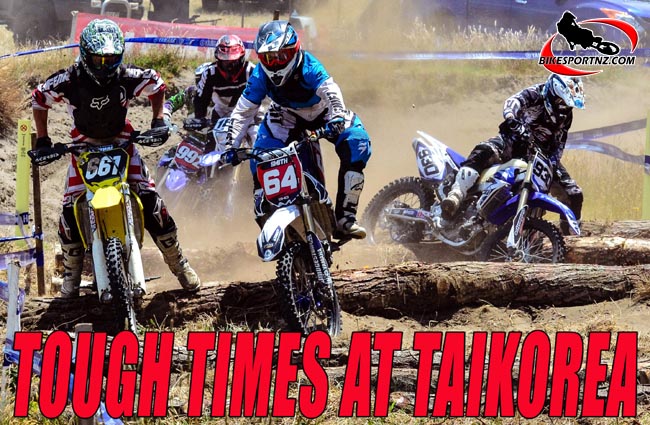 It was a last-minute decision to enter the event, but Marton’s Cam Smith is thrilled he made it to the inaugural Yamaha Taikorea 500 off-road challenge near Himatangi on Sunday.

The former national enduro and cross-country champion (pictured above on bike No.64) won three of the four races staged at the Taikorea Motorcycle Park and therefore scooped up the lion’s share of the $500 prizemoney on offer. 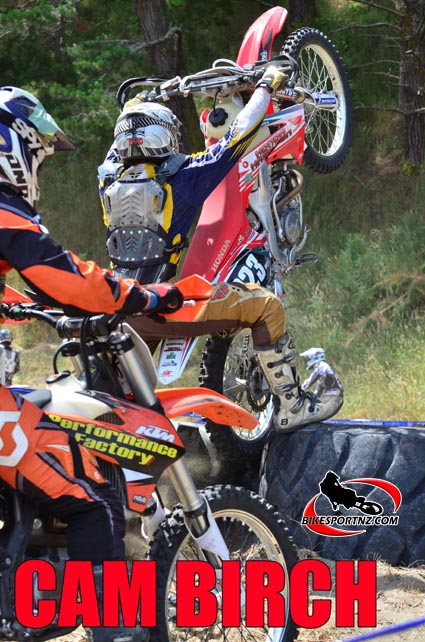 Unfortunately for 36-year-old Yamaha ace Smith, he needed to win all four races to claim the “bonus” $100 on offer from event organiser Paul Whibley — with $100 the reward for each race winner and the ‘bonus” $100 prize only available to any rider who could win all four races — but Smith was still happy to settle for a $300 pay-out for the day’s work.

“It was a last minute thing to come here, but I wanted to support Paul’s race. I broke my back in August when I was riding my bike on the farm, rounding up sheep. I wasn’t paying attention and rode off a cliff. Today’s result was a huge surprise, but a pleasant one,” he said.

It was a different story for the second one-hour race, with fast-starting Smith succumbing to fatigue, and intense pressure from Reeves, and he was forced to settle for runner-up spot. 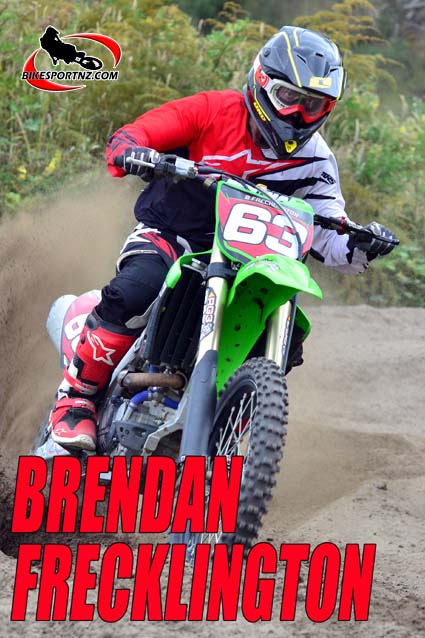 The second phase of the competition featured two 10-lap sprint ‘endurocross’ races, the shorter course featuring truck tyres and logs among the obstacles, and Smith won both of those, each time finishing ahead of Auckland’s Chris Power (Yamaha WR450F), with Reeves third both times.

“I was just trying to survive the day and a few painkillers helped,” Smith explained.

“I think some of the other riders had a few problems with the course, as I did, but my strength and height got me through, especially in the endurocross races, where I was able to lift and manhandle the bike over the logs when I needed to.

“This was very demanding and tough to find traction enough in the sand to drive at the obstacles. 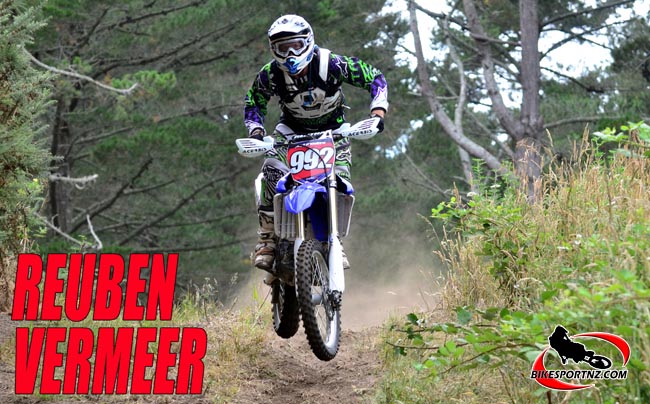