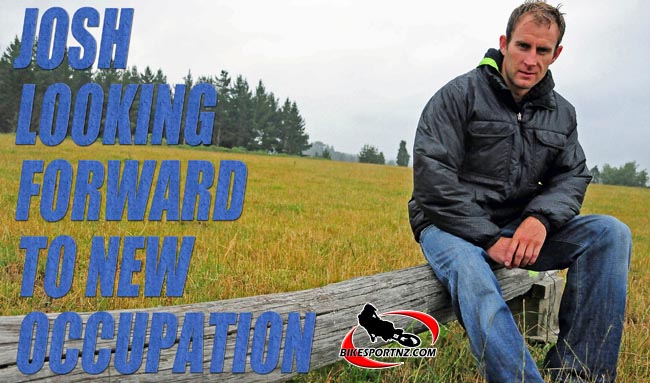 It will be an entirely new-look Yamaha squad that takes to the race tracks in New Zealand this summer.

With a new team manager, fresh riders in the squad and with a big, bright new team truck in which to be based, the official JCR Yamaha racing team is sure to turn a few heads over the coming months.

Motueka’s Josh Coppins won the national MX1 crown in Australia this season and then promptly announced his retirement from all forms of racing. But the former Grand Prix rider’s experience from more than 20 years of top-level racing won’t be lost to the sport, with the 35-year-old taking up the reins as official motocross team boss for Yamaha in New Zealand.

Coppins’ acceptance of the new role gives added impetus to the Yamaha assault on the upcoming New Zealand Motocross Championships.

Hot on the heels of Coppins’ appointment came news that Yamaha had enticed long-time Suzuki ace Scotty Columb to come into the blue and white JCR Yamaha racing team enclosure.

“I have been with Suzuki since I was 16 years old and have a good relationship with them, but this is an opportunity for me to put some freshness and energy back into my racing,” said the just-turned 29-year-old Columb.

“Josh (Coppins) is a mate and he will be working hard to help me achieve my goal, to win the national MX2 title. I’ll be on the same equipment as national champion King, so that will be a massive boost too. I can’t wait.”

Coppins said he was excited about the season ahead for the JCR Yamaha racing team.

“We will have English Grand Prix rider Alex Snow to race for us in the MX1 class at the annual Whakatane Summercross and Woodville Motocross events. We are closely aligning ourselves with the official CDR Yamaha team in Australia as well and so will have one of their riders to campaign the MX1 class in the New Zealand Motocross Championships.

“Our goal is to build up Yamaha in New Zealand and also to bring the Kiwis on,” said Coppins. “In addition to signing an MX1 and an MX2 rider to the official squad, we will have Otago’s Courtney Duncan and Rotorua’s Cameron Vaughan on board as our development riders.”

“I will be working also for Yamaha Australia as their assistant team manager and test rider. My role for Yamaha is Australasian and not solely New Zealand.”

Coppins’ new role also frees Waitako’s King from his responsibilities as manager for the official Yamaha team, enabling the multi-time Australian and New Zealand motocross champion and former 500cc world No.2 to concentrate on racing his Fox DC Fuzion Yamaha YZ250 two-stroke in defence of his MX2 title this summer.