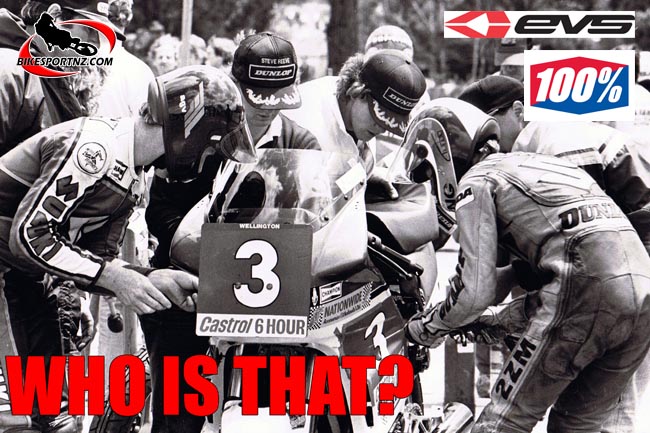 We were swamped with answers this week. The first to come through with the rights answers was Stephen Drysdale, but well done to Holly Andrew, Wayne Parker, Jason Clement, Darren Capill, Dean Clough, Peter Blake and Mark Penny, who also hit the nail on the head with their answers.

We should mention, we’ll offer the prize only to contestants who have not won in the past, just to spread it around.

This photo shows a couple of very fast Suzuki riders from the 1980s. In this photo they were doing a little bit of maintenance on their bike during the iconic Castrol Six-Hour endurance race.

Who are these two riders?

This photo shows a popular Wanganui racer, piloting a Suzuki around Manfeild. He is also well known for his work as a superbike team manager and coach. 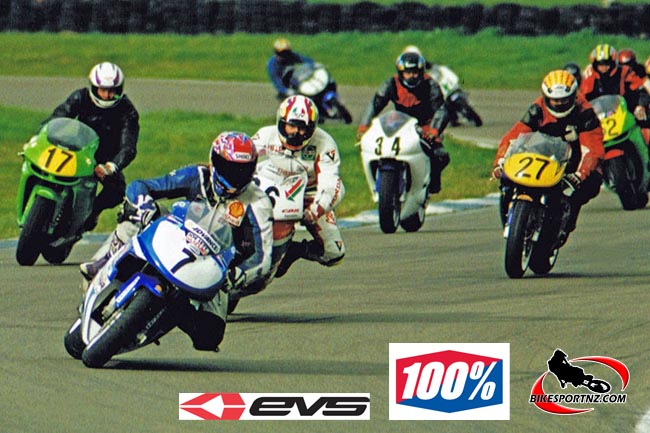 The main photo shown last week was of a rider who specialised in racing a Kawasaki, and mostly in the 125cc class, eventually winning the national 125cc crown in the late 1980s. However, he didn’t win it riding a green bike.

We asked you to name him. 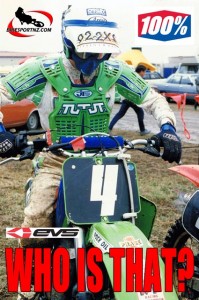 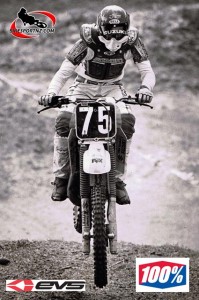 It was of course Palmerston North’s Leon Andrew, who won the senior national 125cc title riding as Suzuki RM125 in 1989.

The second photo shown last week was a Suzuki RM125 rider, racing at the Taikorea Motorcycle Park, just outside Palmerston North in about 1986.

He won a Manawatu club motocross title in 1985, but that was on a green bike. He also finished third in the New Zealand TT Championships that same year. He is still extremely active in the sport and not just involved with motocross, but supercross, road-racing, super motard, trials, enduro and cross-country racing too.

We asked you to name him.

It is, of course, BikesportNZ.com’s resident journalist and photographer Andy McGechan.