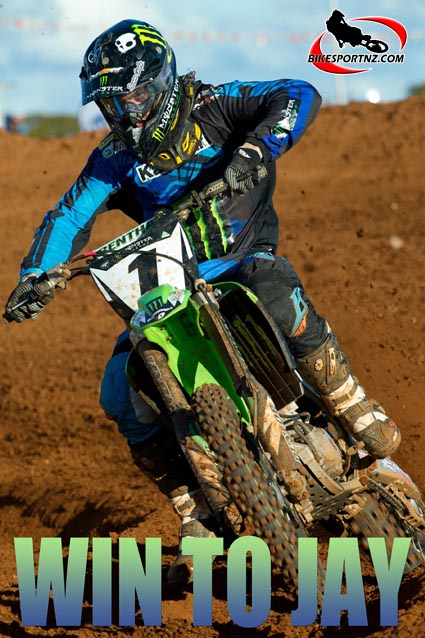 Marmont was in fine form in Southern Cross, WA, winning four out of five motos on his way to being crowned the champion.

The victory marked his fourth win at the event, coming home ahead of Ryan Marmont, Dean Porter, Brad Anderson and Louis Calvin.

“It’s good to be back on top of the box again,” said Marmont.

“There was definitely some good competition out there but I felt good all day. My starts were really good. My KX450F got me the hole-shot in four out of five races.

The victory came at a good time for the defending Australian Motocross and Supercross champion who is on his way back from an injury hampered 2012 season to date.

Marmont will now look to finish the remaining two rounds of the 2012 Monster Energy MX Nationals as strongly as he can before he sets out to defend his Australian Supercross Championships title.