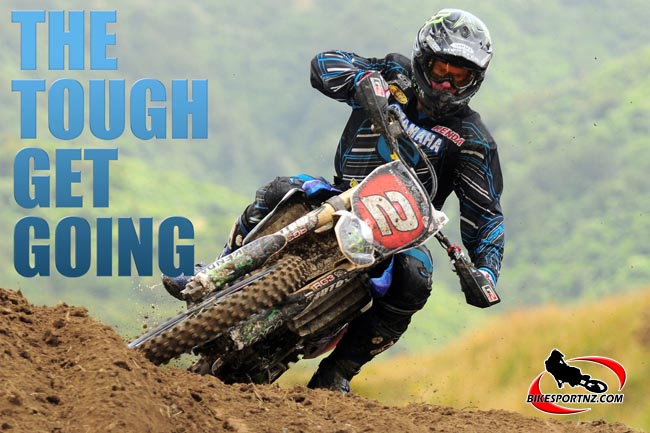 When the going gets tough; the tough get going.

But New Zealand’s Rory Mead hadn’t counted on having to go so far or for it to be so tough for him to race his way up the Grand National Cross-country Championships ladder in the United States.

With his visitor permit expired, Mead was forced to skip the country for a few days and hope that he’d be let back across the border again with a re-stamped visa before the weekend’s sixth round of the GNCC series in Springville, Indiana. 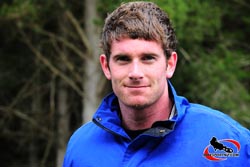 Mead (pictured right) flew out of the United States and spent three days in Ireland to facilitate his visa update, although it meant he only arrived back in the US the day before the gruelling race at Springville.

Mead (KTM), who raced a Yamaha YZ450F to reclaim the New Zealand Enduro Championships crown last season before embarking on his first full GNCC campaign this year, said he was “absolutely exhausted from all the travel” but still satisfied when he managed to finish sixth at Springville.

“Sixth place is better than nothing,” said Mead’s father, Jamie. “It’s tough because he just had to make the quick trip out of the country and back again. If a person overstays in America, even for one day, they are not allowed back for five years. It took a toll on Rory both physically and mentally.”

Meanwhile, a runner-up finish at Springville was enough for fellow New Zealander Paul Whibley (Yamaha YZ450F) to retain his hold on the series lead, although he now shares the top spot with the day’s winner, American rider Kailub Russell (KTM).

Whibley (main picture, above), who won the GNCC series outright in 2008 and was runner-up last season, remains on target to reclaim the No.1 spot, although there is still a long way to go with seven rounds remaining.

The next round is at Masontown, West Virginia, on May 27.

Meanwhile, here’s some great footage from round two of the series:

And some footage from round four at Big Buck, Union, South Carolina: