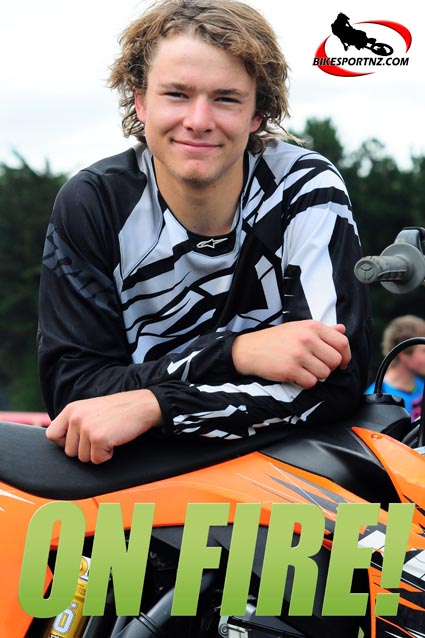 New Zealand’s Levi Sherwood has made a stunning start to the new Red Bull X-Fighters series, winning the opening event in Dubai.

The 20-year-old freestyle motocross rider emerged victorious after a head-to-head finals battle with Australian rider Rob Adelberg at the weekend.

Sherwood bounced back from the horrific injuries that cut short his campaign last year to qualify first in Dubai and he just kept getting better as the night wore on.

He upset 2011 X-Fighters champ Dany Torres in the quarterfinals after Torres failed to complete his final trick before the buzzer.

Sherwood beat Australian Josh Sheehan in the semifinals and then mixed his tricks up to see off Adelberg in the final.

“I was pretty surprised, and Rob rode pretty well,” Sherwood said of his stunning comeback. “It means a lot. I haven’t really ridden many contests lately and didn’t have much confidence coming into it … it’s a cool little boost.”

Sherwood is no stranger to the winner’s podium. He won his first X-Fighters event in Mexico City in 2009 when he was just 17 and won again in Moscow in 2010, the year he also won silver in Moto X Freestyle.

The next stop on the tour is San Bernadino, California, on May 17. It then rolls on to Turkey, Spain and Germany before finishing in Australia on October 6.