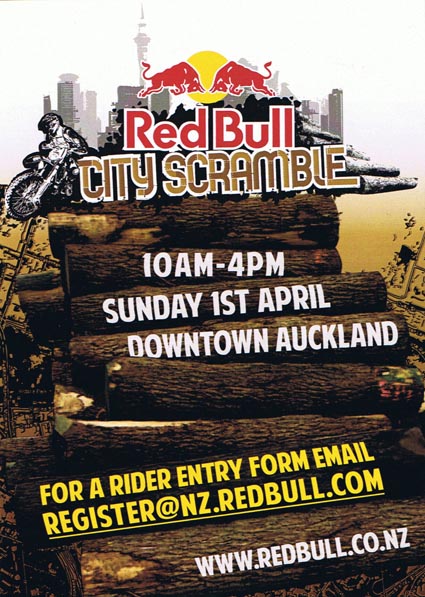 Carrying on from the phenomenal success of the 2009 event, Red Bull City Scramble returns to the Auckland waterfront on Sunday April 1.

Located within T Pier on Westhaven Drive, the new purpose-built course will challenge 100 enduro riders like never before.

He returns home to design more ingenious and challenging obstacles for Red Bull City Scramble, replicating terrain that would usually be found in a traditional Enduro landscape.

New to Red Bull City Scramble this year is the addition of a unique on water feature. After weaving their way through the T Pier location, riders will then have to transition to a slippery flotilla which will test their balance and ability before launching back onto solid land. Falling at this stage of the course could not only signal the end of their bikes life span, but also their chance at City Scramble glory as both sink into the Auckland Harbour.

When the dust, dirt, and water settle, only one rider will be crowned the champion of Red Bull City Scramble. To find out who, make sure you are at T Pier, Westhaven Drive, Downtown Auckland on Sunday April 1.

Race action starts on the day at 10am. This is a free event for spectators with toilets, food and beverage on site as well as plenty of parking and public transport options. 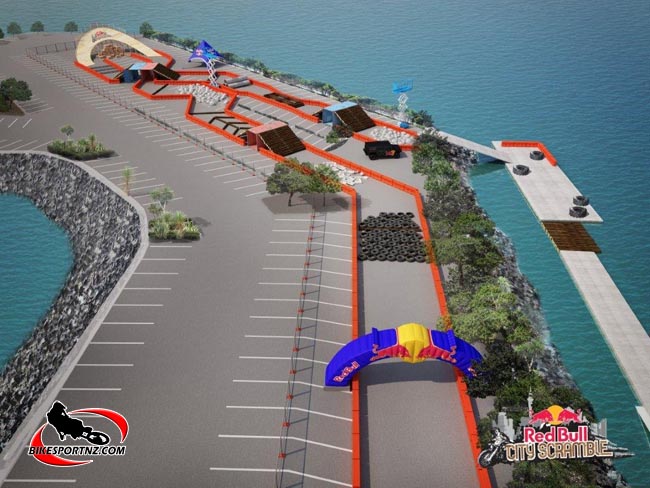