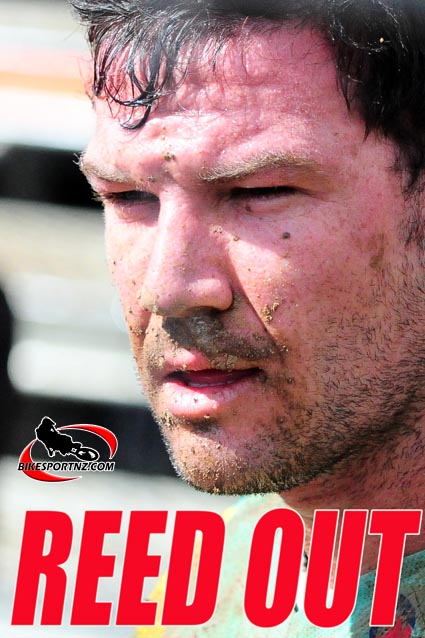 In a devastating blow for Australian hero Chad Reed, injuries sustained at last weekend’s Dallas round of the AMA Supercross, have forced him to retire from the remainder of the 2012 Monster Energy AMA Supercross, an FIM World Championship.

The Two Two Motorsports Honda rider suffered a horrific crash while challenging for the race lead on lap seven and was unable to finish the race.

Initial scans have revealed the Australian has torn his anterior cruciate ligament, broken his tibia and fibula, sustained two broken ribs and has a broken T6 vertebrae.

At this point in time doctors are waiting for the swelling on his knee to subside before they conduct surgery.

“To say I am hurting right now would be a major understatement,” Reed said. “I am just trying to figure out what hurts more, the injuries or the fact that I am going to be out for a while with knee surgery.

“This is bitterly disappointing, I felt like I had everything in my corner this time. I’ve never felt more comfortable, from the bike and team to my riding.

“I was genuinely in a position to fight for race wins week in week out and expected to be going to Las Vegas for a shot at the title.

“To my sponsors and fans thank-you for your messages of support, they mean a lot. This is a difficult time,” Reed added.

The TwoTwo Motorsports team and sponsors will regroup over the next week and formulate a plan to move forward.

Reed is aiming to return for the outdoor season but that goal will be re-evaluated by doctors post surgery.