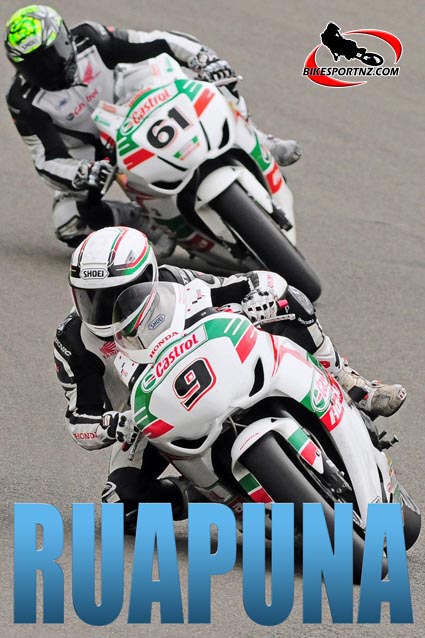 The contrasts don’t come much more extreme than this.

Although quite shy by nature, Honda team-mates Ryan Hampton and Hayden Fitzgerald are certainly expressive when they don their racing leathers and climb aboard their 1000cc superbikes.

Christchurch’s Hampton and Hawera’s Fitzgerald have taken a little time to warm to one another, but not because there’s any friction in the Castrol Honda race team pits, quite the contrary.

“It’s just taken us a bit of time to open up to one another because we’re both very quiet,” Fitzgerald explained. “But now we get on great and share bike settings and things like that.

“I guess we’re both completely different characters on the bikes as we are when we’re off them. When we put on out lids (helmets), it’s an entirely different story.

“We’re in the same class and both of us want to win, but there’s never any dirty riding between us.”

The test of that friendly rivalry will come this weekend when the pair tackle the first round of five in the New Zealand Superbike Championships on Hampton’s home track, Ruapuna Park, on the outskirts of Christchurch.

“I finished fourth in the superbike class last year … not far off third place … and the No.3 spot is the tasty number I’m looking for. A top-three finish would be fantastic,” said the 26-year-old Fitzgerald.

“Ryan and I have as good a chance as anyone of finishing among the top three. It’s just a matter of being consistent throughout what really is quite a short series (there are just 10 superbike races to make up the championship, two at each of the five rounds).”

Christchurch has a strong connection with this weekend’s racing. 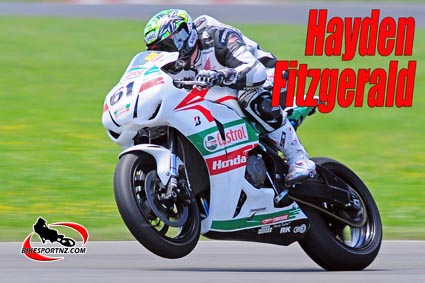