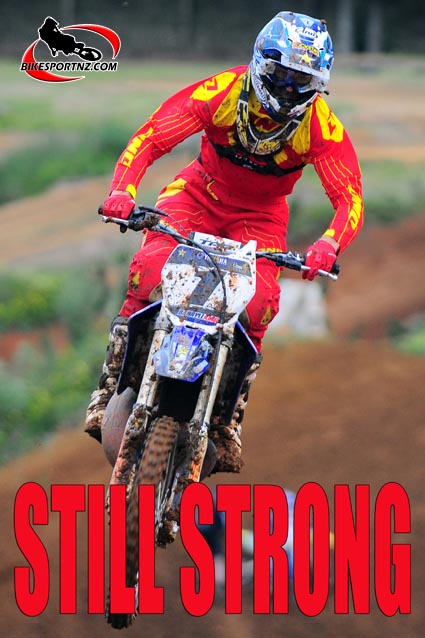 The 42-year-old Waikato racer, head of the high-profile MXDK Rockstar Yamaha Motocross Team, found himself suddenly without a rider when national 125cc and under-21 champion Ethan Martens crashed and injured his wrist just over a week ago.

This left King with two possibilities as he contemplated Yamaha’s assault on the annual Auckland Motocross Championships at the weekend – would it be a weekend off for the team or would King himself kit up and race the event?

It was option No.2 that got the vote.

So the former Grand Prix star, multiple former New Zealand and Australian champion and current national champion in the MX2 (250cc) class showed up at Pukekohe on Sunday with a brand new Yamaha YZ250 two-stroke and entered himself in two categories, the MX2 class and the veterans’ class as well.

With the new bike still being tweaked and tuned after each session on the track, King finished runner-up in each of his three MX2 outings, beaten home on each occasion by 27-year-old Masterton rider Luke Burkhart (CMR Red Bull KTM), and then backed that up with a hat-trick of wins in the veterans’ class, finishing ahead of Pukekohe’s Craig Brown (MR Motorcycles Kawasaki).

“I wasn’t originally going to ride, but with Ethan being injured, I thought ‘why not?’ I only picked up the bike on Friday and put a couple of Yamaha GYTR after-market parts on it – a pipe and silencer – and she was ready to race,” said King.

“I was hoping I could take the MX2 class to the wire and have it come down to the last race of the day but, after Luke won the first two races, I knew that wasn’t going to happen. I felt positive though and glad I was able to catch him each time.”

With King entered in two back-to-back classes, it meant he was forced to go directly from the finish line in the MX2 races and straight back down to the start line again for the veterans’ races.

“That wasn’t too much of an issue for me … I’m pretty fit,” he smiled. 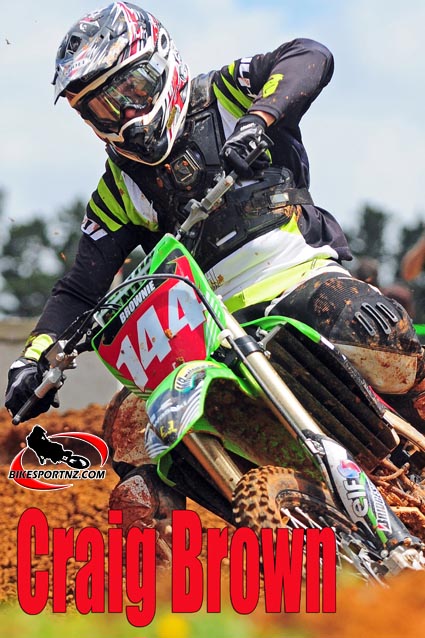