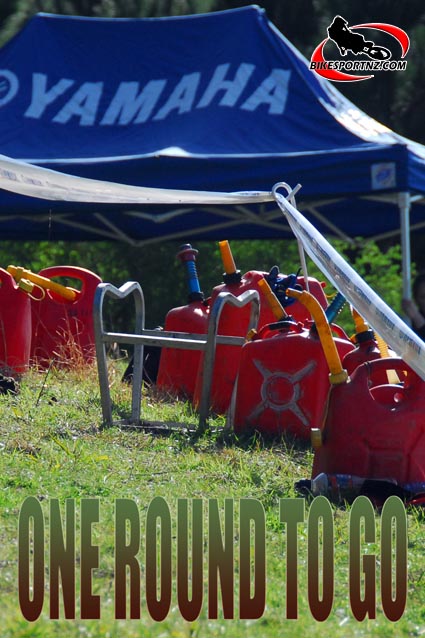 Round three of the South Island Enduro series saw riders make the long journey south to Blackmount (near Tuatapere) at the weekend.

Persistent rain fell all night and into the next day, with the skies clearing conveniently in time for the start of the race. The steep, greasy hills with the odd swamp bog thrown in kept the riders on their toes as they battled through the mud and ruts.

The Southland Motorcycle club did a fantastic job of running the event, putting on a good track which proved more challenging than perhaps they first thought.

With round one winner Rangiora’s Kelly Paterson (Yamaha WR250F) returning for round three, it was looking like a great battle between the usual top five stalwarts. Paterson took the early initiative, claiming the first test victory from Mosgiel’s Jol Hennessey (Yamaha YZ250). Invercargill’s Jason Nicoll (Kawasaki KX250F) took the final podium spot on the first test.

TT3 again saw Hennessey take the number one spot from Gore’s Jason Duff (KTM350XC) with the number three spot going to Gore’s Gerald Turnbull (KTM350SX) and Dunedin’s Shaun Blackie (Yamaha YZ450F) who were all square in TT3, ploughing their way through what was now a deeply rutted terrain test.

With Hennessey seemingly well settled into the number one spot, it seemed there was no stopping him as he grabbed the TT4 win by 3 seconds from Mexted who claimed the number two spot. Christchurch’s Mark Dando (Honda CRF250X) claimed the number three spot, a further five seconds adrift of Mexted.

Terrain test five saw Hennessey take the win again by two seconds from Mexted with Duff a further two seconds back in third. That was enough for Hennessey to win the event in emphatic style from Duff with Mexted claiming the final podium spot

The event podium reflects the series standings with Hennessey now holding a six point lead over Duff with Mexted lurking a further three points behind Duff in third.

The final round of the series is set for Mosgiel on October 8. Further details are on www.silverbullet.co.nz