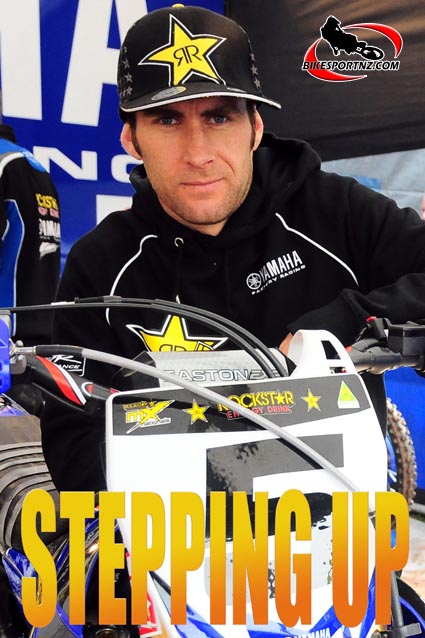 Motueka’s Josh Coppins, Rotorua’s Michael Phillips and Mount Maunganui’s Cody Cooper are determined to step it up in Australia this weekend.

Racing for the CDR Rockstar Yamaha Team across the Tasman, Coppins is the highest-ranked Kiwi, currently third overall in the Australian Motocross Championships after five of nine rounds.

Round six of that series is set for Coonabarabran, New South Wales, on Sunday and the Kiwi hero knows he needs to start winning races again if he is to reclaim the top spot he had held after round three in the series.

It has been an up-and-down season for the former world No.2 in Australia.

Coppins’ opening bid for the Australian crown, at round one in March, ended with him just seventh overall at the end of the day’s racing.

But he won both the rounds that followed and that shot him to the top of the standings.

Coppins started the day strongly at round four, finishing 2-4-2 in his three early races, but then disaster struck when he failed to finish his fourth and final race of the day, dropping him back to fifth overall for the event and down to second in the championship standings.

It was a similar hard-luck story at round five in Toowoomba four weeks ago when sticky, clinging mud made the racing something of a lottery.

Fellow Kiwi Cooper (Suzuki) won the day at Toowoomba, enabling the Bay of Plenty man to recover some of the ground he’d lost after a crash at round two had sidelined him, but former world No.2 Coppins managed only 9-5-5-5 placings in the slick conditions and dropped further down the series standings.

Phillips currently sixth in the MX1 class standings and Cooper is ranked eighth after five rounds.

Coppins has been busy in the past couple of weeks, winning the big annual Michael Godfrey Memorial Motocross near Christchurch, before returning to Australia to conduct more bike testing.

Christchurch’s Justin McDonald is also racing across the Tasman – ninth in the MX2 class – and he, too, will be keen to move up this weekend.