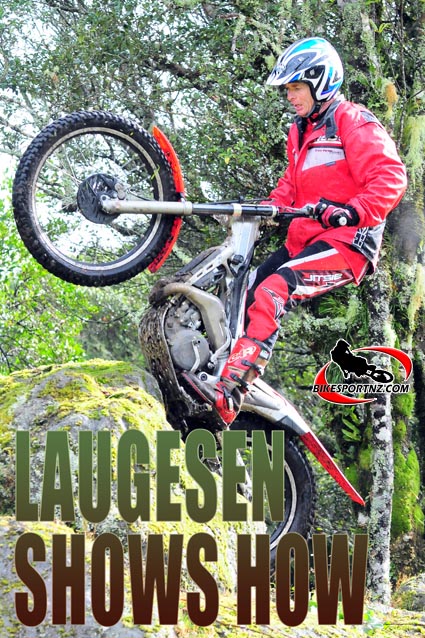 It was the usual suspects at the head of the pack when rounds seven and eight of the North Island Moto Trials Championships wrapped up in storm-ravaged Taranaki at the weekend.

Seven-time former national champion Warren Laugesen (pictured above) emerged on top in the experts grade on both days of competition – in Opunake on Saturday and Inglewood on Sunday – but he didn’t have it all his own way with Blenheim’s Jason Baker, Taranaki’s Matt Foster and Dunedin’s Blake Fox hounding him all the way.

Rain on Saturday followed by tornadoes on Saturday night and occasional showers on Sunday made the going tough for the motorcycle riders, with steep, moss-covered rocks becoming more treacherous than usual under their wheels and swollen creek beds forcing organisers to re-set some of the courses.

But Laugesen was more than a match for the conditions, the terrain and for his rivals too, putting on a master class of balance and throttle control.

The 36-year-old Baker, a many times South Island Moto Trials Champion, had not ventured north for the earlier rounds and therefore will not feature at the top when the series concludes, but he was certainly a man to watch in Taranaki at the weekend.

A diver by trade, the extremely damp conditions seemed not to bother Baker and he kept the pressure on Laugesen throughout the two days.

Foster was unable to capitalise on any perceived home-turf advantage but solid rides from him did earn a podium finish for the weekend.

This was enough, however, for Foster to ensure that he maintained his stranglehold on the top spot for the series and he is now in a prime position to take the North Island crown for 2011 when the series wraps up in Hawke’s Bay in August.

Young South Islander Fox, who has only recently moved up to the experts grade, responded to the fresh challenge and proved himself worthy of the promotion.

Balance, bravery and throttle control is the main emphasis for this unique motorcycle competition. Speed is not essential, with the prime aim instead being to conquer extreme terrain without touching feet on the ground or falling off. Points are lost for these “faults” and a rider with the lowest score wins.

The battle for A grade honours welcomed a new player to the scene with young Rotorua rider John Haynes moving up from the intermediate grade to challenge established A grade rider Phillip Shilton, of Tauranga, for the top spot.

Shilton won day one on Saturday but it was class newcomer Haynes who took top honours on day two with Lower Hutt’s Carl Robson runner-up on Sunday.

In the intermediate grade, fortunes changed with the days.

Auckland’s Peter Boettcher finished on top on Saturday but had a difficult time of it on day two, managing only seventh overall.

Opunake’s Andrew Clement was placed fifth overall on Saturday but improved to win the intermediate class on day two. 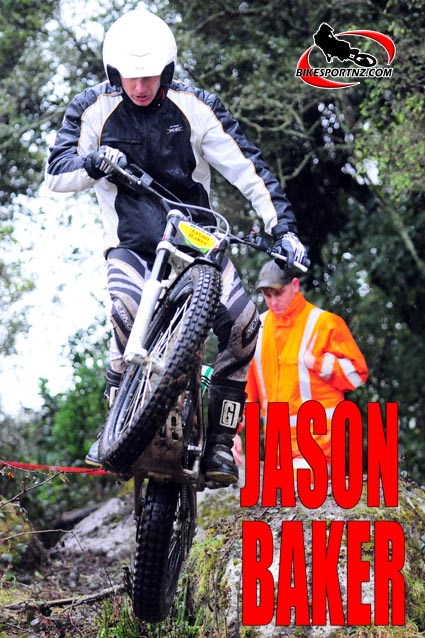 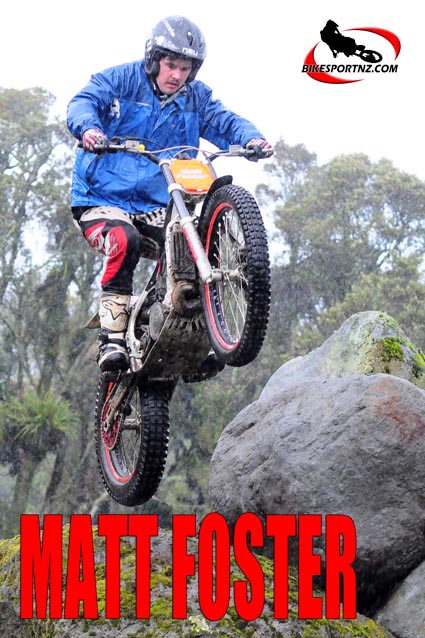