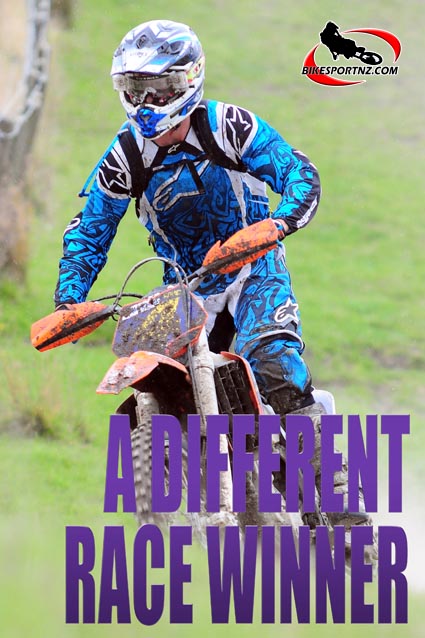 The competition just got even tighter for the nation’s elite off-road bike racers.

The third round of four in this season’s Suzuki New Zealand Cross-country Championships was held at Cheviot, just north of Christchurch, on Saturday and there the series welcomed a new face to the top step of the podium, Huntly’s Michael Vining.

Taupo’s Rory Mead won the series opener near Blenheim at the start of April, with defending national champion Adam Reeves, of Palmerston North, winning the day at round two near Waipukurau a week later.

With Vining becoming the third winner in as many events, the race for the title this year will go right down to the wire, particularly so with only three rounds to count for the championship and riders expected to discard their one worst result.

That means the three winners so far, plus consistent riders such as Mokau’s Adrian Smith, Te Awamutu’s Mark Penny, Raglan’s Brandon Given and Stratford’s Karl Roberts, are all still in the hunt for national honours as the series heads to Taranaki for the finale on May 14.

But it was Vining who took maximum points from the gruelling three-hour race on Saturday, although he was kept honest throughout by Reeves, the two riders swapping the lead all through the race.

Motorcycling New Zealand cross-country commissioner Murray Searle, of Palmerston North, said “Reeves had simply worn himself out trying to tame Vining and he said he had nothing left to give in the end”.

Third on Saturday was Penny, with Given taking fourth spot overall.

“There was a huge turn-out of riders, the biggest of the championship so far, and we had to have two rows for the start of the senior race.”

Meanwhile, Raglan’s Jason Dickey made it three wins in a row in the 90-minute junior section of the championship, their race staged earlier in the day, as he led that battle from start to finish on Saturday.