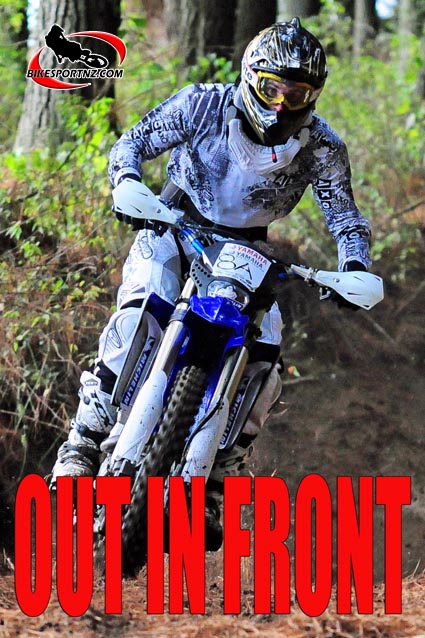 The New Zealand Cross-country Championships kicked off near Blenheim on Saturday with Taupo’s Rory Mead leading a star-studded field of off-road motorcycling talent to the chequered flag.

“It was very rocky and quite steep in places, but, overall, it was a great course,” said the 24-year-old Mead.

“Because of this I actually rode quite cautiously. I was fifth around the first turn and was in the front soon after that. Adrian was riding really well and he gave me quite a hurry-up, although I managed to pull away a bit on the last lap.”

Only Mead and Smith completed eight laps in the three hours, averaging just over 25 minutes per lap, with Reeves given the flag to stop as he arrived at the start-finish position with time up on the clock.

Always a contender and sure to be near the top when the series eventually winds up near New Plymouth in May, Penny was thrilled to be back in action after a 2010 season that was virtually a write-off.

Penny missed the entire cross country season last year with a knee injury, then returned in August to win the ironman class at the Taupo 4-hour, before breaking his hand a week later.

To finish sixth overall at the weekend was an encouraging result.

Round two of the series is set for farmland near Waipukurau this weekend.