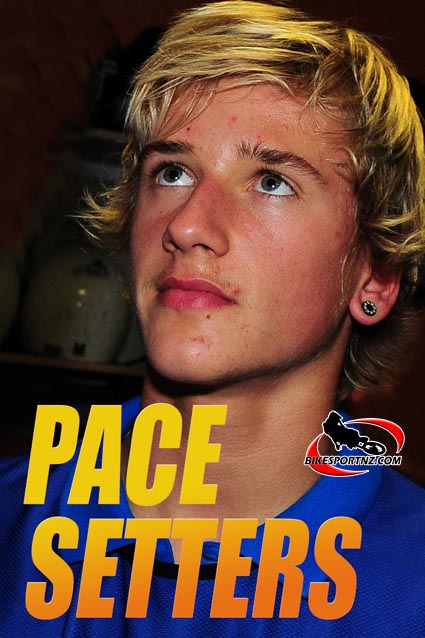 It was not a good weekend for 2010 MX1 World Champion Antonio Cairoli, of Italy, as on Saturday he could not find his rhythm and on Sunday he unfortunately twisted his left knee during the first heat and could not perform to his best in the second one, finishing 7-10, ninth overall for the day.

Suzuki’s Desalle got a really tight overall victory, after finishing first overall on a count-back, his 1-2 results giving him the edge over second classified Frenchman Steven Frossard (Yamaha), who finished 1-2. Third was Spain’s Jonathan Barragan (Kawasaki), thanks to his finishing 6-3.

In the MX2 class, KTM’s Roczen (pictured above) dominated the weekend, finishing 1-1, and he obtained the second red plate of his career. Second was consistent Briton Tommy Searle (Kawasaki, 2-2) and third was Dutchman Jeffrey Herlings (KTM, 5-3).

The weekend also featured the second round of the UEM EMX 125 championship and Italian Simone Zecchina celebrated his first round victory of the season. Second was his compatriot Samuele Bernardini and third was Swiss rider Jeremy Seewer. 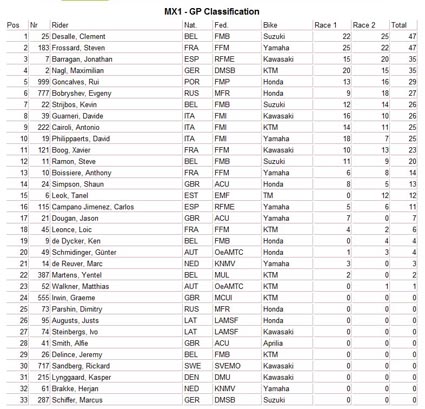 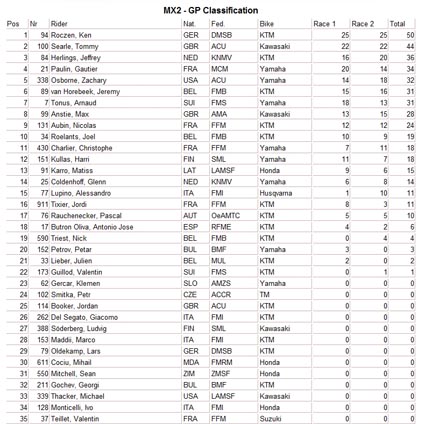