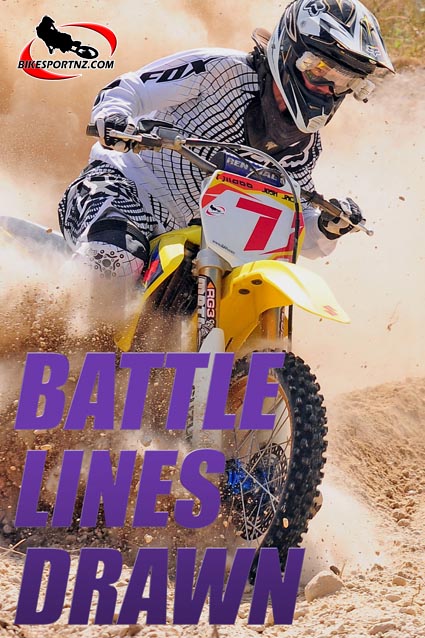 Rugby league has its State of Origin, and the motocross world has its own version of the “mate versus mate” showdown, the Club of Nations.

On May 28 the Taupo Motorcycle Club will host the second annual Club of Nations Motocross, a fund-raiser to assist New Zealand’s three-rider national team to again enter the sport’s “Olympic Games of motocross”, the annual Motocross of Nations, this year being held at St Jean d’Angely, in France, in September.

It’s very expensive to send a team of three riders, their bikes, mechanics and everything they need to compete, to the other side of the world each year and, with this in mind, the Taupo club came up with a domestic equivalent of the great international event, the “Club of Nations”.

Racing will be at the popular Digger McEwen Motorcycle Park, on the outskirts of Taupo.

It was a huge success last season, with the Pukekohe Motorcycle Club eventually taking the crown (BikesportNZ.com’s Josh Jack, pictured above, was that team’s MX2 class rider)

As many as 20 New Zealand clubs signed up to be involved at the inaugural event last season.

If more than 20 teams enter, then qualifying will be held, the same as it is at the Motocross of Nations. Clubs can also enter more than one team.

The entry fee from each of the clubs, plus a gold coin donation from the hundreds of spectators expected to flood the circuit, and the proceeds from raffle ticket sales will be a welcome boost to the bank account.