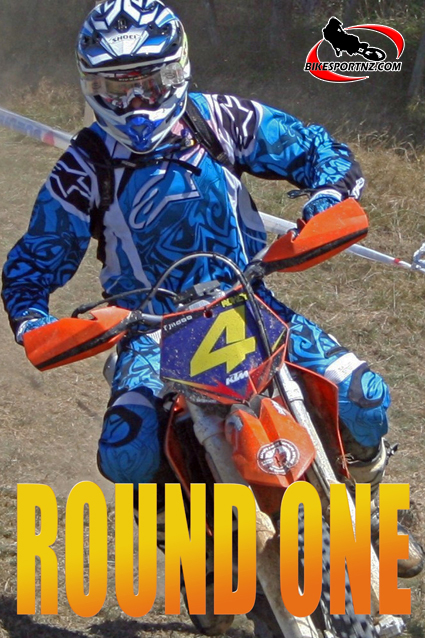 The North Island Cross-country Championships kicked off near Raglan on Sunday with Huntly’s Michael Vining enjoying the first victory of the cross-country racing season.

Fourth was Te Awamutu’s Mark Penny (Suzuki), happy to be back in action after a 2010 season that was virtually a write-off.

Penny missed the entire cross country season last year with a knee injury, then returned in August to win the ironman class at the Taupo 4-hour, before breaking his hand a week later.

To finish fourth overall at the weekend was an encouraging result.

“I have only been on the bike for a month … more fitness is still required but I am getting closer every week,” said Penny.

Despite tasting victory at round three of the New Zealand Enduro Championships at Whangamata the day before, Taupo’s Rory Mead (Yamaha) was unable to make it two in a row, running out of fuel during Sunday’s race.

Unfortunately, there was some controversy at the end of the race when a handful of riders were given time penalties for taking shortcuts, something that Motorcycling New Zealand cross-country commissioner Murray Searle said would not be tolerated.

Leading results from round one of the Suzuki North Island Cross-country Championships at Raglan on Sunday: