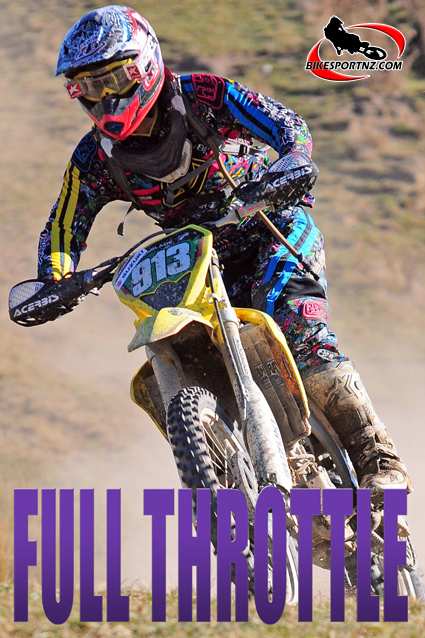 A mad series of dirt bike dashes across the country begins in earnest this weekend.

The 2011 New Zealand Cross Country Championship season is all set to kick off, with both the North and South Island Championships starting on Sunday (February 27).

All eyes will be on Aucklander  Sam Greenslade (Suzuki) (pictured above) to see if he can repeat his North Island series win from last year, with Napier’s John O’Dea (Suzuki) and quick-learning motocross star Shaun Fogarty (Waitakere, KTM) determined to spoil his attempt.

Gore’s Richard White (Husaberg) will set out to do the same from the deep south while trying to hold out Milton’s Liam Taal (Kawasaki) and Dunedin’s Shaun Blackie (Yamaha).

With many more Southerners catching onto the cross-country race scene, this year is expected to be a bumper year in the south, as it will also be the north, with plenty of two-hour series happening around the country, setting the riders up for the challenge of the three-hour nationals.

The New Zealand championship series will start on April 9, just out of Blenheim, in Marlborough country. The racers have been there before and the Marlborough club is excited to once again host the nation’s top endurance athletes.

Round two is at Waipukurau, where the Central Hawke’s Bay Motorcycle Club always does a top job and the local riders come out in force for this one.

Then we are back down south to Cheviot, the same venue as last year, which the riders liked as it had a mixture of everything and the Christchurch Off Road Motorcycle Club did a fantastic job with this event and prize giving at the Cheviot Hotel will be remembered for a while.

The final round this year in New Plymouth, out at Urenui. There have been a few enduro events out this way so it’s certain this will throw a challenge out to the riders.

If the series is going down to the wire, this could make or break the championship for the title contender.

For the juniors, their Island series starts the same time as the seniors and with last year’s winner, Palmerston North’s Jordan Wilson (KTM), now in the seniors, it looks like it could be a real fight in the north between Raglan’s  Jason Dickey (Kawasaki), Dannevirke’s  Stacy Smyth (Kawasaki)and Christopher Foster (Yamaha), from Cambridge.

In the south, Timaru’s Brodie Wilton will need to bring his A game to hold out Richmond’s Dylan Waghorn and Ashburton’s Tim Williams. All these riders are on Hondas.

The New Zealand series this year for the juniors has expanded to four rounds, which is the same as the seniors. Also the riders will be able to drop their worst result, so doing all the rounds gives the riders a better overall chance.