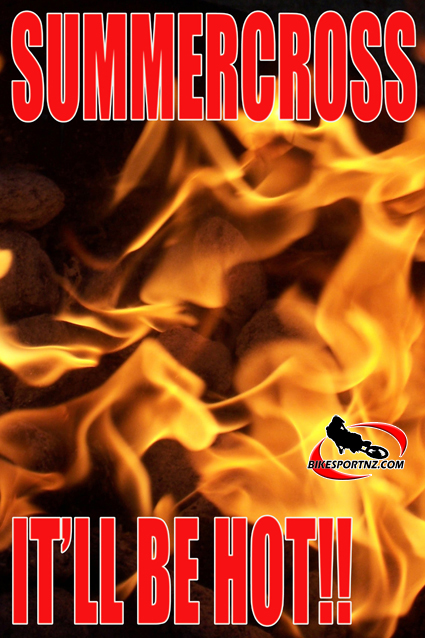 Watch out you don’t get burned.

That’s the message from the Bay Of Plenty Motorcycle Club as it prepares for another scorching hot end-of-year Summercross event on their popular Awakaponga track near Matata.

Traditional favourite Josh Coppins was unable to race at the event last year but, after turning his back on the Grand Prix scene in Europe at the end of this year’s world championship season, the Yamaha rider is now able devote a lot more time to racing closer to home and the Summercross event is one of his favourites.

Sponsored by the Edgecumbe Supervalue Supermarket, the Whakatane Summercross races over two days with so much action in store that two separate race zones are needed.

Juniors and mini motocross riders will race on Monday and the seniors will share Tuesday’s programme with the Vintage Motocross fraternity.

Thanks to valued input from Kiwi international Ben Townley, a new format will be used this year, featuring back-to-back races for each of the two main bike classes, MX1 and MX2.

Rotorua’s John Phillips, Masterton’s Bjarne Frederiksen and Napier’s Kieran Scheele will use the Summercross event as a farewell before they head to the United Kingdom to race there for a professional team.