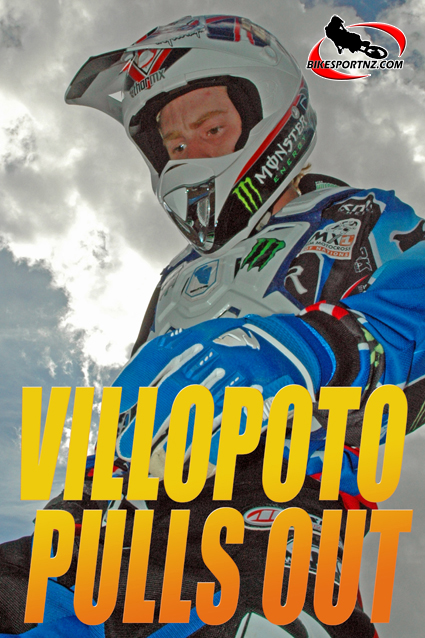 American supercross rider Ryan Villopoto has had to withdraw from the Sydney and Brisbane rounds of the Monster Energy Australasian Super X events because he requires more time to recover from this year’s horrific leg injuries.

His US management confirmed today, following a meeting with his race team, doctors and personal trainer, that though his broken tibia and fibula are fully healed, his lack of conditioning means he is not fit to race in the two Australian events on Saturday, November 27, and Saturday, December 4.

“I am really disappointed that I can no longer come to Australia to race in front of all of the supercross fans there and I apologise to any I have let down,” said Villopoto. “If I was fit to race I would be there in a heartbeat because I was genuinely so excited about checking out the country and competing there.”

Managing Director of Global Action Sports Michael Porra said the news highlighted is an unfortunate aspect of the tough sport of supercross, which takes such a physical toll on riders, but emphasised that Sydney and Brisbane fans are in for a real treat this year with the confirmation of more big name riders completing a line-up, which boasts the most depth in international talent that Australia has ever seen.

“We know that some fans will be disappointed by this news, but we have worked around the clock to secure a huge line-up of international riders to ensure fans at the Sydney and Brisbane Super X events are treated to the best and most competitive racing ever seen in Australia,” said Porra.

International riders now confirmed to compete in the two rounds are: