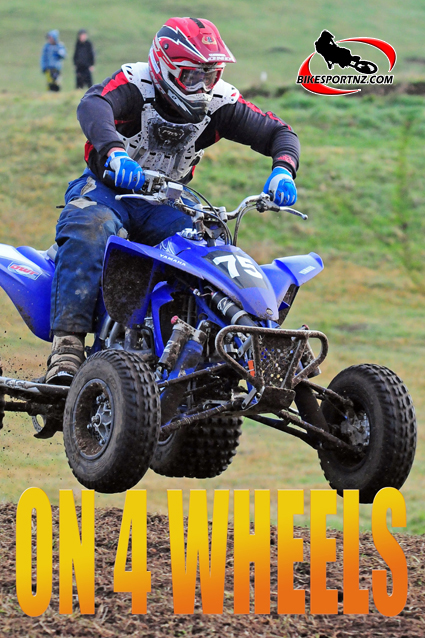 Expect fireworks in the Bay of Plenty this weekend.

The 2010 Suzuki NZ ATV (All Terrain Vehicle) Championships are scheduled for the Pirini Motorbike Park, near Te Puke, this Labour Weekend and, if the racing is even half as fiery as it was last season, then it is sure to again be an explosive encounter.

There was nothing to separate the leading title contenders in the premier class after four of the scheduled seven races when the championships were held in the South Island last season and that’s when defending national No.1 Quentin Palmer stepped it up, winning the last three premier class races of the weekend to again end up top of the podium.

Taumarunui’s Palmer is not planning to defend his title this season as work commitments keep him away and that means there will definitely be a fresh face on the top of the podium this time around.

With Palmer absent, perennial challengers Ian Ffitch, of Christchurch, Rotorua’s Jason Jepson and Queenstown’s Lachie Columb are likely to be the main protagonists.

Ffitch was unbeaten in winning the North Island ATV Championships at Rotorua earlier this year, a winning streak that will surely ring alarm bells for his rivals.

Christchurch teenagers Sam Henderson and Steven Clyne are also likely to shine over the two-day meeting this Saturday and Sunday, along with Oparau’s Ronnie De Wys and Stratford pair Cameron and Scott Keegan.

“It’s purpose-built for the quads so should present a real challenge for all the riders.”

The women’s racing is expected to be tight between Christchurch’s Nina McVicar and Tauranga’s Emma Goldstone, with Pukekohe’s Annelise Kiely sure to keep them both honest.

The venue for this weekend’s racing, the Pirini Motorbike Park, is located at 935 Pongakawa Bush Road, near Te Puke.