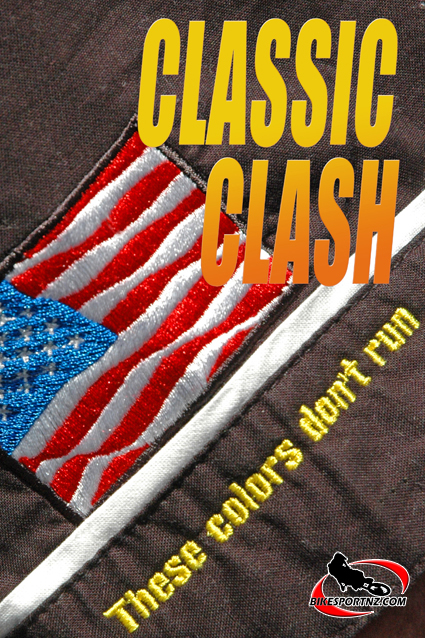 Want to see what happened at the 2006 Motocross of Nations when a soon-to-retire Stefan Everts whipped the rest of the world, including the American superstars, at his farewell appearance.

Yes, BikesportNZ.com was there to see Everts put a demon pass on American MX1 rider James Stewart, the Belgian rider standing up, on the foot-pegs, and sweeping around the outside of the American … incredible.

Later, at the post-race press conference, Stewart claimed he was satisfied to settle for that and to follow Everts because he was just “riding for the team”, but it came across as a shallow excuse from a man who perhaps just didn’t have the simple courage to admit that, in reality, he was well beaten by a better man that day. 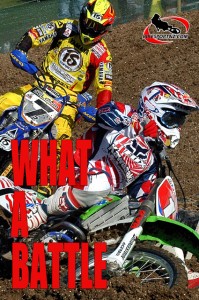 Perhaps we’ll witness a similar clash of cultures — the Euros versus the Yanks, GP heroes versus AMA stars – at this year’s edition of the big race?

Thankfully, the strand-off between the Italian federation and the sponsors of top Italian riders Antonio Cairoli and David Philippaerts has been resolved and this means we may now see a classic battle of the giants between these two Italian stars and greatest American heroes Ryan Dungey, Andrew Short and Trey Cannard.

That was until yesterday, at least when news came in that Philippaerts was out again, sidelined with injury.

Philippaerts suffered a second-degree strain of the media lateral ligament in his right knee at the final GP of the year last weekend. A scan revealed the damage will not require an operation, but needs to be rested for 20 days before he can begin light cycling and running.

So the list of champions who will be absent from Colorado is quite a disappointment … of course Everts has retired, and so too has Ricky Carmichael, Grant Langston and Timmy Ferry, but in Colorado this time around we will also see no Philippaerts, no James Stewart, Tyla Rattray, Tommy Searle, Shaun Simpson, Billy Mackenzie, Chad Reed, Jeffery Herlings, Stephen Sword, Ken De Dycker, Dusty Klatt, Cody Cooper … and with Christophe Pourcel hurting himself at the AMA finale at the weekend it means France has had to modify its team, drafting in Gautier Paulin to replace Pourcel.

We note there are no teams entered this time from South Africa, Denmark, the Netherlands, the Czech Republic, Mongolia or China, but, on a positive note, we do see entries from fresh teams such as Venezuela, the Philippines, Ukraine, Japan, Costa Rica, Ecuador, Guatemala and Mexico.

Anyway, let’s look back at 2006 and the battle between Everts and Stewart one more time and cross our fingers for 2010 to produce similar drama: