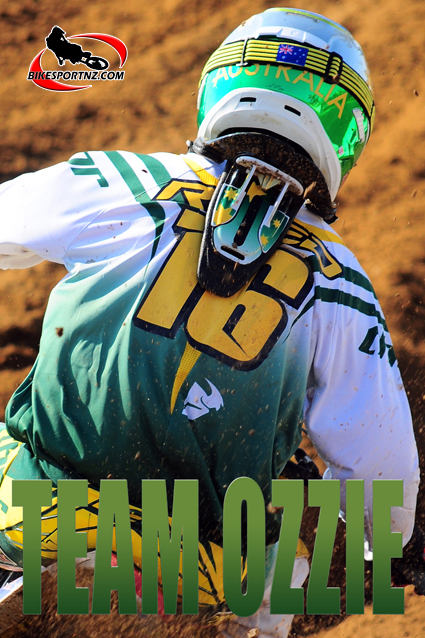 Australia has named its team for the 2010 Motocross of Nations in Colorado on September 25-26.

Subject to regular team rider Chad Reed recovering from a bout of Epstein-Barr virus, he will lead the team. National MX1 champion Jay Marmont will be in stand-by should Reed be declared unfit to race.

The FIM (Federation Internationale de Motocyclisme) regulations stipulate that in 2010 the maximum age for the 250 class rider is 23 years, meaning that riders born before January 1, 1987, were not able to be selected for the MX2 class.

Dean Ferris is not a familiar name to Americans, but he finished third overall in the Australian National Championships behind Marmont and Scotsman Billy Mackenzie in his rookie season.

Reed is suffering from Epstein-Barr Syndrome, but reportedly told Motorcycling Australia that he’ll be ready for the MXoN.

Team Australia finished in seventh place when the MXoN was staged in Italy last year.