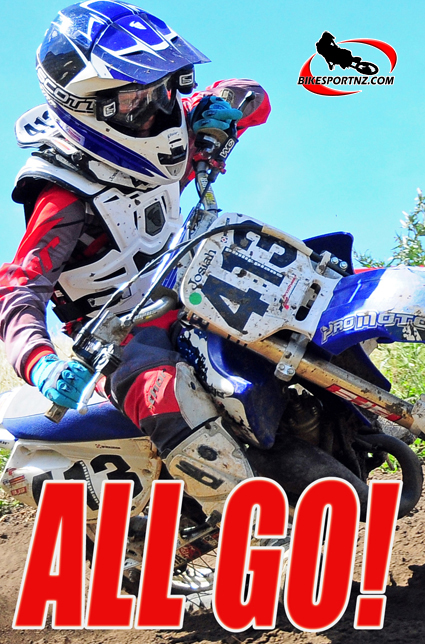 Amateur racers across the planet are flooding into Hurricane Mills, Tennessee, this week for the world famous AMA Amateur National Motocross Championships in the United States.

And among the riders competing will be young New Zealander Josiah Natzke.

Natzke is proud to fly the Kiwi flag this week, the Hamilton rider among the leading contenders for a title or two after producing some outstanding results in the various area and regional qualifying events staged over the past few months.

He qualified at each of the next three events he raced over the following weeks, even winning the day outright, in both the stock and modified classes, at the South-East Region area qualifier at Lazy River, in Dalton, Georgia. 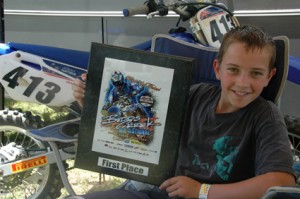 But now it’s down to the real business as Natzke and his family prepare for the nationals proper.

“We arrived at the Loretta Lynn Ranch at about 11.15pm last night,” said Natzke’s dad, Chris.

“We got parked up and went right to bed. This morning Josiah was keen to walk the track before tomorrow’s practice. Then this afternoon we sign on and get ready for tomorrow.”

Held at the historic Loretta Lynn Ranch, the talent for the field has never been deeper, setting the stage for the next generation of superstars to emerge.

In addition to the crop of up-and-coming kids, there are also some experienced veteran motocross racers taking to the track as 35 classes will be contested in a total of 99 motos during this epic event.

According to AMA Director of Racing Joe Bromley, “the AMA Amateur National Motocross Championships have represented the pinnacle of amateur motocross for nearly 30 years. They are the proving grounds for tomorrow’s motocross superstars … the future of the sport will literally be on display in the Tennessee dirt this week”.

And, what’s more, there will be a New Zealand rider among those young superstars of the future.