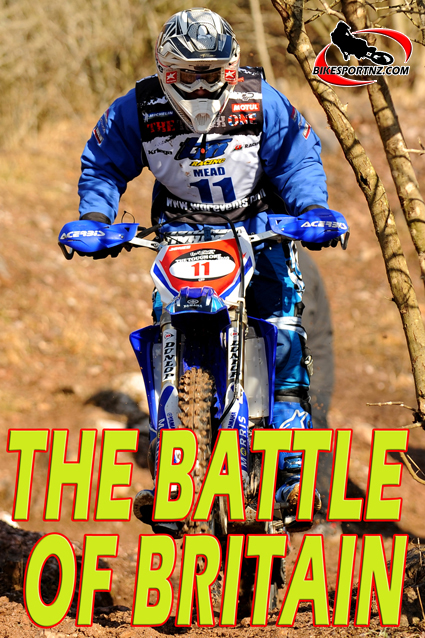 Whitby’s Rory Mead has a taste for international competition.

The 23-year-old builder was introduced to international enduro competition barely a year ago, and now he can’t get enough of it.

In the past year, the New Zealand enduro champion has raced his Yamaha YZ250 in Austria, South Africa, Italy and Wales and now he’s in Britain.

Mead finished an astounding fourth overall in “The Tough One” extreme enduro in Wales just over a week ago but, barely giving his bike or body time to recover, his latest adventure was to contest the first round of the British Enduro Championships at the weekend.

Though only a domestic championship, he once again he found himself lining up alongside some of the cream of the world’s off-road motorcycle racers.

“There were some very big names there,” said Mead. “There was Isle of Man rider David Knight, multi UK champion Paul Edmondson and world championship racer Tom Sagar, to name as few.

“I finished eighth outright for the day, which is pretty good, all things considered.

“It was very wet they had to cut the day short as the course was deteriorating fast. I crashed in every test as the conditions were not ideal for the terrain. It was held in a sand-based forest just outside of Thetford (in Norfolk).

“They ran only one test and it didn’t hold up for long. The second time round it was a mess. I just had to keep in the rut and stay out of the bogs. The trail sections were tight but I managed to stay on time, even though a lot of the riders didn’t.

“It was very professionally run with a good turnout of 250 riders.”

Mead returns home this week to prepare to race at round three of the Yamaha New Zealand Enduro Championships in the Riverhead Forest, near Auckland, on Sunday.