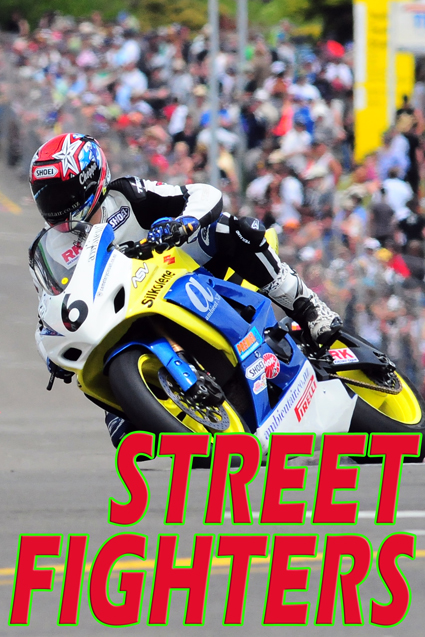 Once again the locals in Paeroa, the hometown of L&P, will be shaken up by the sound of bikes revving, as 200-plus competitors arrive for the annual Yamaha Battle of the Streets motorcycle race in the Coromandel town.

And despite recent economic gloom, it looks like the February 21 race day is going to be the biggest and best event yet.

With entries now closed, the organisers are reporting competitor numbers well above previous years, with more than 180 riders putting in 240 entries — some are entered in more than one class — to race around the 1.52km circuit that sees State Highway 2 used as the main straight.

This section of the track has the fastest bikes hitting speeds in excess of 280kph and is certainly one of the most exhilarating experiences you can have at a racetrack, as the bikes brush within inches of the safety barriers.

The stands and displays are looking to be more comprehensive than ever. Main sponsor Yamaha will have their usual row of pit tents giving spectators a chance to see the racers at close quarters as well as a display of new bikes and merchandise, while Suzuki will be bringing their race truck for the first time, promising crowd giveaways and a display of their latest machines.

Kawasaki is looking to be there with a display of their latest green machines, and BMW will be showing the public their new 1000cc Superbike, the S1000RR for the first time. And obviously, many race fans are hoping that Pirelli will brighten the grid up once again with their umbrella girls.

Yamaha is still yet to confirm their riders for Paeroa although there’s talk of some famous Aussies coming to sample the delights of Paeroa riding Superstock Yamahas from their national series.

But virtually all of our top home-grown riders are confirmed including the Honda duo of Craig Shirriffs and Hayden Fitzgerald on CBR1000RRs, Nick Cole campaigning the Kawasaki ZX6R that saw him bashing fairings with Andrew Stroud at Wanganui, and Jared Love returning to Paeroa in both the F1 and F2 classes.

Love will be riding the Honda CBR600RR Superstock bike he campaigned so well at Wanganui and has also managed to source a CBR1000RR that will undergo the same treatment in an effort to show that a competitive bike giving great racing entertainment can be built at a fraction of the cost of the full Superbike or Supersport machines.

Paeroa takes safety seriously and the committee has spent the year working on safety plans and improving the circuit to make it as safe as possible for the riders and spectators. Even with this hard work, there is still the possibility for injuries to be sustained, which is why there is always such a large St Johns presence at Paeroa, with mobile units constantly walking the circuit with large medical packs on their backs.

This year, St Johns were considering not sending the mobile Intensive Care Unit down for the event, as most injuries are dealt with by the mobile units or ambulances on the circuit, leaving the portable ICU idle.

But with the committee so keen on providing the best levels of safety possible, they persuaded St Johns to continue bringing the ICU to Paeroa and it will be set up by the Fire Station as usual.

With SH2 making part of the circuit, Transit will only allow the road to be closed from 6am to 6pm, meaning the track needs to be assembled under the cover of darkness before finally closing the highway at 6.00am and getting the bikes on track by 8.30am.

All the practice and the racing then has to be completed by 6pm before the team of more than 300 volunteers once again dismantles the track and hands the road back to Transit NZ.

With the committee handling everything to do with the track itself and local volunteers now all trained in their individual piece of the gigantic puzzle that is the Paeroa race track, it’s the Auckland Motorcycle Club that actually run the racing on the day, bringing with them a team of marshals, lap scorers and other personnel to make sure the racing runs smoothly.

The race programme looks slightly different for 2010 with the pre’72s no longer on the list.

Instead, the blossoming class of pre-’89s have been invited to the Waikato town and have answered the invite with a host of bikes set to take to the track guaranteed to get the heartstrings going for many of the spectators.

The Post Classic Motorcycle Register put on a good display in the pits each year displaying all the machines in the class, including the beautifully prepared pre’82 machines, which have all been lovingly restored to standards better than when they left the factory.

And obviously, they’re also much, much faster … So make sure you go and say hello and admire the hours of work that has gone into making these bikes so competitive on the track.

This also includes a free programme.

Wristbands will be used for the spectators this year as trialled by Wanganui with great success, with security patrols monitoring the circuit throughout the day.

For more information on the event, visit www.battleofthestreets.co.nz or call 07 862 8000