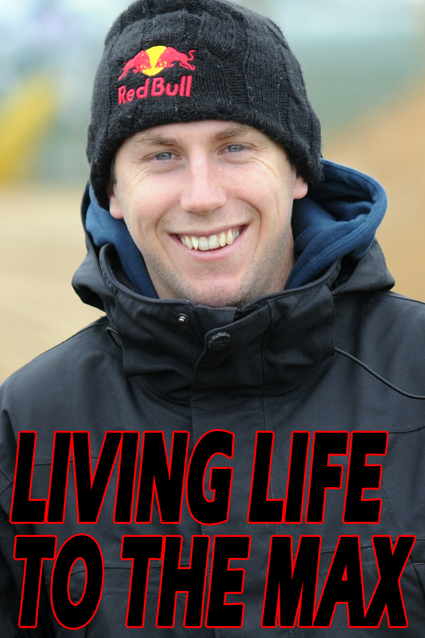 New Zealand‘s Ben Townley is enjoying his new lease on life, with the shackles of injury finally shaken off he’s like a new man.

The 2004 MX2 world motocross champion and 2007 East Coast Lites Supercross Champion has been sidelined with injury virtually since September 2007 when he crashed heavily at the Motocross of Nations at Budd’s Creek in the United States.

Back home in New Zealand, BT has been out and about on a loaned Kawasaki KX450F and he’s loving it.

“I lined up behind a gate for my first time in 15 months at the weekend,” he said.

“It was an awesome feeling driving to the track again this morning. With the second round of the New Zealand Motocross Champs on in Rotorua, I thought it would be a good time to go out and shake off the cobwebs at a low-key event while all the pros we’re out battling.

“I’ve been riding quite a lot now, in between the rain anyway, so I was ready to go and get in some motos and see where I was at.

“We headed off to Whakatane in the morning for their last club round of the year. Capes (Darren Capill) gave me hourly weather reports yesterday evening. I was a little sceptical after all the rain we’ve had over the last few days but he assured me they hadn’t had the rain like most other places.

“He was right, the track was all prepped too and ready to be ripped up. I signed up for two classes which gave me five motos.

“I had an awesome day. Was a little rusty on the ol’ concrete start. We had a few heavy showers at times that made the concrete a little slicker than normal for good measure. I had Dad turning the wrenches. It’s been a few years for old ‘Paua’ on the T handles! I had a blast – it was awesome to get in the mix and get the blood pumping in a race situation again.

“I found out that I’ve still got a ways to go with my fitness and overall strength, but my speed is coming back really fast. The track was probably the best I’ve ever ridden it. They ripped a couple of spots and with all the moisture lately there was some awesome ruts, the jumps had just been re done too which made it fun to hit them nice and hard.

“Overall it was an awesome day. It’s the most fun I’ve had on a track since the end of ’07. I’m glad to see the back of the difficult period that has passed. I’m having so much fun riding and getting back to speed and into shape again. I can’t wait to race again.”

At this stage, it looks like the big annual Summercross meeting at Whakatane just after Christmas will be his official come-back ride.