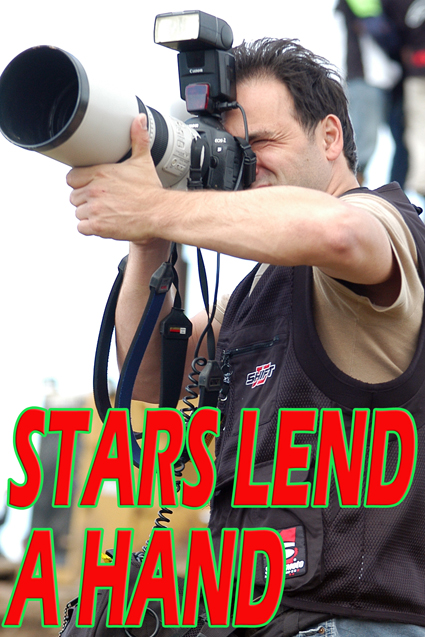 Some of the world’s top athletes, including motocross legend Stefan Everts, have endorsed a unique book being released later this month.

Cycling Idol Tom Boonen, motocross legend Stefan Everts, and Belcar Pilots  Kris & Koen Wauters and of band Clouseau, Anthony Kumpen, Bert Longin, rally phenomenon, Freddy Loix … these are just some names of athletes who have endorsed the unique 254-page “coffee table book ‘(size 347×487) that will be presented to the media and business world on September 23.

The book is unique and brings sport to life in a special portfolio style.

Very personal quotes from the athletes complete the images,  complementing the book as a whole as this concept has  never before  been released in the world of sport.

Stefan Geukens (pictured above) needs no introduction as a sport photographer when it comes to the world of Motocross. The 40-year-old from Meerhout, Belgium has been involved in this exciting motorsport since 1990:  He has produced work for magazines and newspapers from all over the globe and as acted as PR Manager for top riders and teams.

“In all those years I have shot a lot of photos.  As a passionate photographer I was very rarely pleased with how my images were portrayed in magazines. I found it a great honour to have my work published in some of the world’s most famous media, but still I would I have liked to  have seen them depicted in a  slightly different way. After  long consideration, I decided to take the best images from the past 19 years of my career and  bundle them in a ‘coffee table book’ with the proceeds being donated to a good cause.

For once in my career I would like to use all my sport contacts, business contacts and media contacts to raise funds for this good cause” 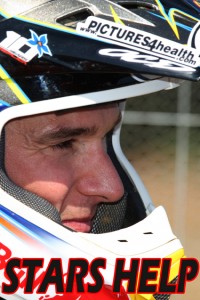 Besides his best photos from the past 20 years, Stefan Geukens also reveals special, spectacular photo sessions in his coffee table book.

Tom Boonen and girlfriend Lore for the first time photographed as people of flesh and blood in their private garden. Stefan Everts hanging in the air while been chased by an F16 fighter plane.  Koen and Kris Wauters recorded on film as sports stars and not so much as pop idols.

Mich Kerckhofs (a former military fighter pilot) saw in Stefan Geukens’s idea the opportunity  to work together with the 31st Tiger squadron and to take the “Coffee Table Book” project to a higher level and to give it a wider appeal.  Following positive discussions with the top Air force base Kleine Brogel a partnership was reached with the 31st squadron of the Tactical Wing and the Ministry of Defence to support the good cause.  Top sportsmen and Defence will work together for an amazing result.

What started out as a one man project has grown to a project with a big team of dedicated enthusiasts. Non profit organization pictures4health.com was brought to life and it was agreed that all raised funds would go to the Belgian Olivia Hendrickx Research Fund vzw ( an organization which financially supports the scientific research for cancer, specifically in children)  and Make-A-Wish (a foundation that grants the wishes of children with life-threatening medical conditions) in New Zealand.

You can register until the 20th of September while seats are available. Take this opportunity to be present at a very exclusive event and help to make  the lives of less fortunate children around us a little bit easier.

More info can be found at www.pictures4health.com  or contact photographer Stefan Geukens on +32 496-555339.

On September 23rd there will be a press release sent out at 18.30  which will include the book cover, points of sale and some pictures.

On Tuesday, September 1st, hundreds of motocross collector’s items will be placed online at E-Bay. In co-operation with the websites www.mxworld.be and www.mxlarge.com you can bid on these items from private collections with proceeds being donated to Pictures4health. Bids run until September 15.  Ends 22h00  Western European time.

This is the ideal opportunity to get your hands on one of your idol’s pieces of race clothing or team clothing. All profits go to two charities to benefit sick children.