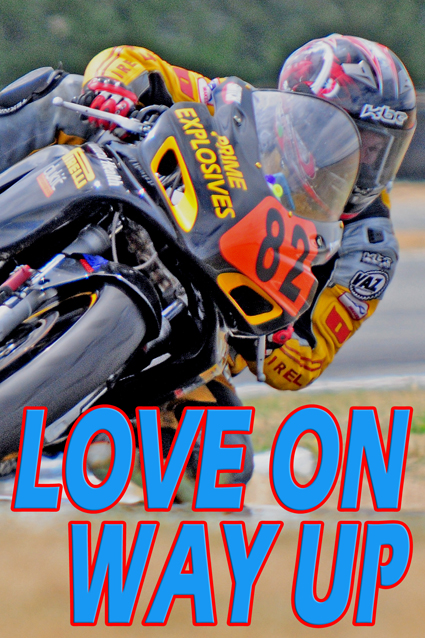 Waikato‘s Sam Love is moving up in the world.

The 20-year-old air conditioning installer from Hamilton was in a class all his own as he ran away with the 650 Pro Twins class title at last season’s national superbike championships.

Now he’s moved up to the 600cc sports production class and got himself a new Yamaha R6 for this season’s title bid.

And that could spell problems for his new rivals — Love was so dominant in the Pro Twins class last season that he won 12 of 15 races in the series, wrapping up the title with a race to spare.

“I set lap records at four of the five tracks too,” he said.

Love’s outstanding talent on a motorcycle was recognised earlier this year too when Motorcycling New Zealand and bestowed the Excellence in Motorcycling Award on him at a formal dinner in Wellington.

“I wanted to move up to the 600 sports production class this season because it’s a lot more competitive and carries a lot more prestige as well.

“I’m hoping to make a career from racing bikes, either in the UK or America,” he said. “It all depends how I go in New Zealand first.”

Love hopes to gain entry to race in the support class action at the World Superbike Championship round in Australia in April.

“I’ve only had four or five rides on the Yamaha R6 so far, but I’m pretty impressed by it. The power delivery and geometry is bang on.

“I’m pretty excited about the season ahead. I’ve been training hard with cycling and running and now I’m ready to go.”

The man who ran away with the 600cc sports production class title last season, young Australian Gareth Jones, won’t be defending his title this season as he instead opts to concentrate on the superbike class — on the big brother to the R6, the Yamaha R1 — and that means the title chase will be wide open in 2010.

This season’s Castrol Power 1 New Zealand Superbike Championships are set to kick off at Christchurch’s Ruapuna circuit on January 16-17, with rounds to follow at Teretonga, near Invercargill, on January 23-24; Levels Raceway, near Timaru, on January 30-31; Manfeild Raceway, in Feilding, on February 27-28 and, finally, at the new Hampton Downs circuit, near Meremere, on March 27-28.