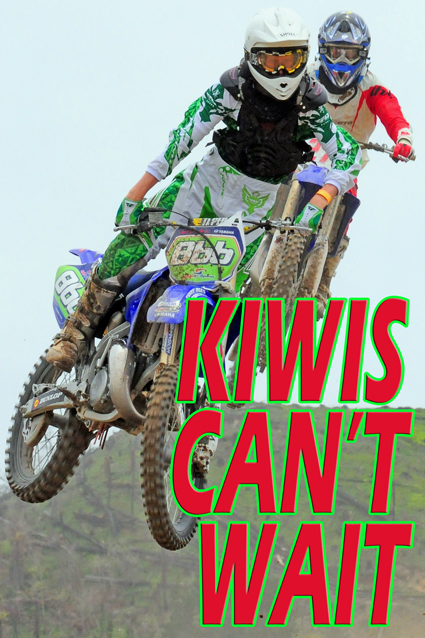 His dad was a New Zealand superbike champion, but Whakatane’s Mitchell Rees has his sights set on a world title and in a different branch of motorcycle racing.

The weekend of August 15-16 can’t come soon enough for Rees and his fellow Kiwi team members.

It’s just over a week to go before the RoadCraft FIM Junior Motocross World Championships at Taupo and the young Yamaha ace is itching to get his campaign underway.

The 16-year-old Rees stunned with his awesome performance at the New Zealand Junior Motocross Championships in April — at the same sand and pumice-based Taupo track — and he now believes he’s well on target to eclipse that when the gates drop at the world championships.

“I’ve been training hard, and riding three or four times a week, and I’m faster now that I have ever been,” said Rees (pictured above).

He said he was surprised with how well he rode at the nationals — where he finished a remarkably close runner-up in the 250cc class to fellow Kiwi world champs squad rider Cameron Dillon (Honda) — and knows he’s now capable of stepping up to a whole new level.

There is also no doubt that Dillon and the other 39 Kiwi riders will also be stepping things up and, with all the training that the New Zealand riders have done on the Taupo track, the sand should hide no surprises from them.

“I don’t know much about the internationals who are coming but I know I’ll have a lot of supporters cheering us on at Taupo,” said Rees.

“It doesn’t really matter who comes from America, Australia or Europe. If a rider wants to be No.1, then they’ve just got to beat them all.”

It may be an impossible dream but a Kiwi podium 1-2-3 is not entirely out of the question.

With the announcement earlier this week of the international riders heading to New Zealand, the Kiwi contingent was able to be bumped up to fill any likely gaps and ensure full grids on the starting line.

The additional Kiwis invited to line up at Taupo are fantastic riders in their own right and each of them is capable of running at world championship pace.