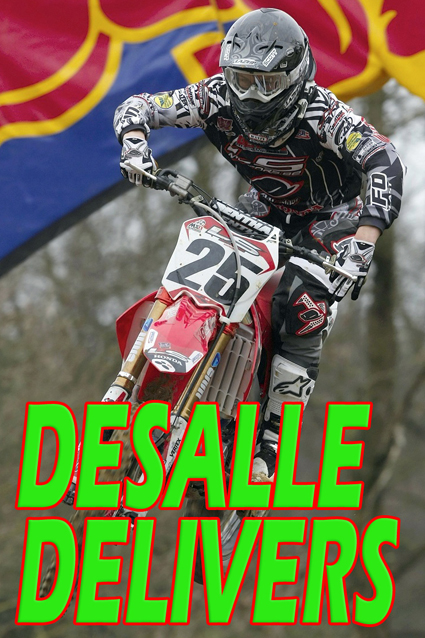 Privateer Honda rider Clement Desalle hit hard at round three of the Belgian Motocross Championship in Nismes at the weekend.

The first round of the year in Walloonia was also Desalle’s home race and he took huge advantage of that, snatching three heat wins to dominate the MX1 class.

Kiwi Josh Coppins took his Yamaha to 4-3-5 results, good enough for fourth overall on the day.

In the first of the three short motos, Coppins got a flyer out the gates, accelerating his Yamaha YZ450FM towards the first turn alongside Belgian favourites, Desalle and Suzuki’s Ken De Dycker.

Dropping down the hill and into turn two, the New Zealander out-braked himself, running wide and losing a handful of positions. Coppins soon got into his rhythm though and before long was charging through to try and catch the leaders. At this stage it was De Dycker out front being hounded by Desalle with Suzuki’s Steve Ramon a little further back in 3rd place.

Coppins caught and managed to pass Ramon, but moments later made a mistake allowing Ramon back past. For the final laps Coppins charged hard but was not able to re-pass Ramon again and crossed the line in 4th place.

In the second moto, it was not a good start for Coppins as he head through the first turn around mid pack. Quickly getting through most of the pack on the opening laps Coppins soon sat in 4th place with a charging Ramon not far off in 5th. Lap after lap Coppins and Ramon battled it out, but towards the end of the race the extreme fitness of Coppins started to pay off, and he managed to get a small gap on Ramon. On the final lap the Yamaha Monster Energy rider was able to go one better as he made his move into 3rd place, where he crossed the line.

In the final moto of the day Coppins had a great jump out the gate, but was hit by another rider going through turn two which left the disappointed ‘Kiwi’ on the floor. Getting back up and on the gas Coppins screamed his way through the field, posting some blistering lap times on his way back through to 5th place, where he crossed the finish line.

“My riding was good today, I was very fast on the bike, I just had bad starts,” said Coppins afterwards.

“The way I am riding right now, I know if I get the start I have the speed and fitness to run up front. I’ll be focusing on my sand riding leading up to Lommel and look forward to getting a good result close to home.” commented Coppins.

Meanwhile, Desalle’s team-mate, Dennis Verbruggen, rode to an excellent fifth overall in what was his first outing on the Honda CRF450R. Desalle is also closing in on championship leader de Dycker, while Verbruggen jumped from 10th to sixth in the championship standings.

Desalle had been chasing De Dycker for almost a full first heat. With only two laps to go, it seemed that De Dycker would take another heat win in the Belgian championship. Desalle made a mistake but the 20-year-old would turn the situation completely.

In no time he came back, trailing in De Dycker’s wake. At the beginning of the very last lap the LS Motors Honda rider launched his attack. De Dycker would react prompt and professional, but to no avail as Desalle took the lead a few hundred metres further.

Verbruggen came back from seventh to fourth but would be overtaken by Coppins in the last lap.

The LS Motors Honda duo would dominate the opening stages of the second heat. Desalle would break away from De Dycker and would build his lead lap after lap. Meanwhile Verbruggen was hanging on in third. Being a bit to generous with the power of his CRF450R caused him to lose that position to Coppins. Verbruggen ended up fourth in front of Ramon and Aprilia’s Manuel Priem.

In the decisive third heat Desalle would get rid of holeshot winners Marvin Van Daele and Priem. With De Dycker just metres behind Desalle it looked like this would pan out as an absolute thriller. However, a small collision between both top Belgians meant De Dycker would lose valuable time.

This enabled “MX Panda” to increase his lead and take his third heat win of the day.

Verbruggen had his weakest start of the day and wouldn’t find the speed of his previous heats. This meant he lost every chance to be on the podium, although he would end the heat in sixth.

“Today turned out to be really positive,” said Desalle afterwards.

“Just like last year, I won the overall in Nismes. My wins in heat two and three were fairly easy. In the first heat I crashed after I had been pressuring De Dycker. Luckily, I was able to come back and win.

“It was good to race this close to home, a lot of fans and friends showed up to support me. That makes it extra nice to win this race. Given the points standings I’m already looking forward to the Keiheuvel track.” 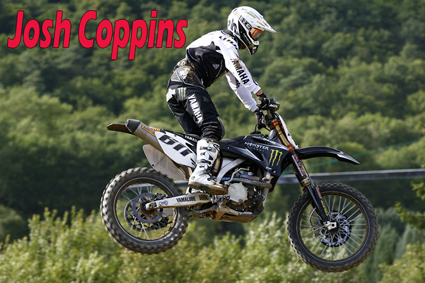 Photos by CDS and Yamaha