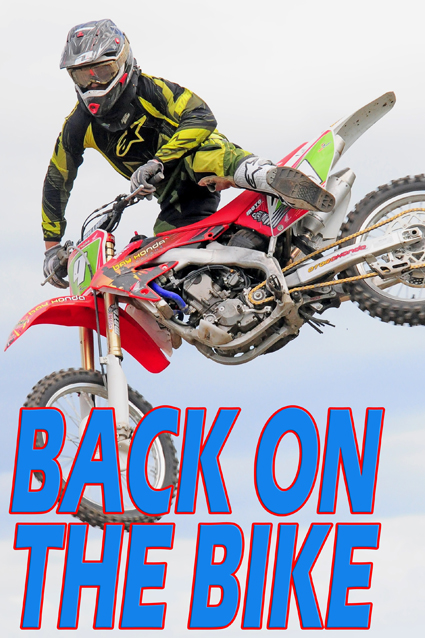 After a second complete knee reconstruction, King Country motocross ace Hayden Clark is finally back on the bike.

For the past three months, Clark has been doing 2-3 sessions per day at the Advance Physiotherapy Health and Fitness Centre, with John Appel his physiotherapist and trainer.

Clark was “amped to get back on a bike”, and after two 30 minute motos, he was happy to report no arm pump and felt his speed was better than ever.  His 500 metre time trial on the TransforMX Rower of 1:32 shows that his fitness will not be an issue in 2009.

For 2009 Clark will be riding for the OtoroHonda Race team on a CRF250R.

He extends a big thanks to Allan Buckman for a great race bike.  He said he would also like to thank Spark City Auto Electrical for his practice bike sponsorship, and the “sick sounds” in his van.  For something truly mind blowing have Clark crank it up next time you see him at the track!

Clark is easing himself back into racing with the last two rounds of the Australian outdoors next week.  Stay tuned for the pending announcement on who he is riding for in Aussie.

Hayden is looking forward to the NZ Nationals and a few rounds of the Aussie SuperX.  Look out for Clark to be riding most of his local club rounds over the next few months.