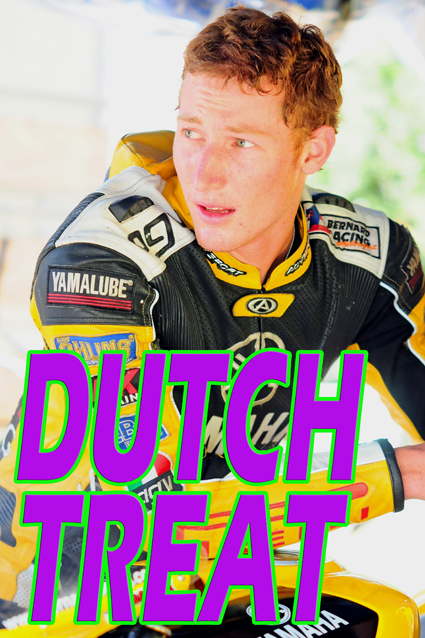 The see-saw battle at the top of the ONK Dutch Superbike Championships continues for New Zealand road-race champion Gareth Jones.

The young Australian who wrapped up the New Zealand 600cc sports production class title during the Kiwi summer, is now enjoying a golden run in Europe and, after winning the latest round of the Dutch series at Oschersleben, he’s again right back on top of the standings.

It was a first class performance from Yamaha’s Jones on his return to Oschersleben racetrack, the scene of some fantastic racing from him in the German IDM championship earlier this year.

Schouten, who had taken full advantage of Jones missing the previous round through injury two weeks earlier, enjoyed a three-point lead over Jones at the top of the points standings but that wasn’t to last for long once Jones clicked into gear at Oschersleben.

Jones had been looking forward to his return to the  Oschersleben track and a chance to re-establish his lead in the ONK championship.

“It’s been a frustrating few weeks since the crash at Nurburgring, especially considering I was in great form and getting stronger with each race,” said Jones.

“But I am fit now and it was game-on here at Oschersleben.”

It was a double-header event with 50 championship points up for grabs for the winner and Jones showed determination to take them all.

In race one he took advantage of his pole position and dominated the race, creating 5.5-second gap over rival Schouten at the finish, with Whittag a further 19 seconds behind in third.

That result was enough to for Jones to regain the championship lead and the second race was a more tactical affair with Jones tucked in behind Schouten for the first six laps before deciding to attack and pulling out a 3.5-second advantage at the finish. Whittag once again completed the podium.

Jones’ Yamaha team is now positioned for a successful final third of the season with three rounds to go in the ONK championship and three race weekends in the parallel German IDM Superbike championship as well.

“I am really happy with the results, I came here to take 50 pts and that’s what we achieved,” said Jones afterwards.

“We have been working on improving our qualification phase and it came off this weekend. Starting from pole in the first race, I was determined to take the race away from Raymond early on and establish control. Once I had re-established my championship lead I was able to save the bike a little bit in the second race without losing control of the race.”