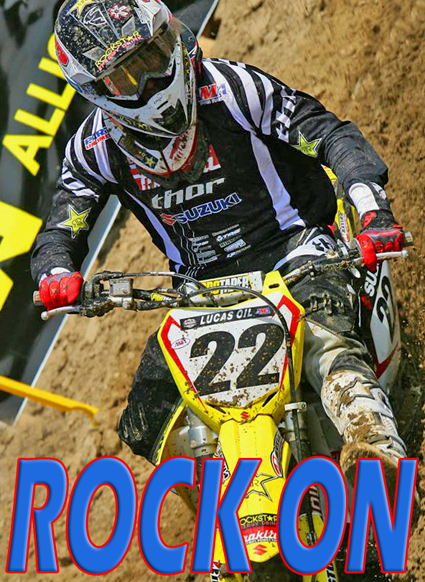 Australian Chad Reed leads the AMA motocross series and will have the chance to strengthen his hold on that position when racing resumes at round five in Colorado this weekend.

This weekend riders will do battle at the Thunder Valley MX in Colorado, the championship’s only night race.

Reed broke a long-standing win drought at round four at High Point Raceway a fortnight ago, and now the Suzuki rider is looking forward to getting down to business and adding more wins to his tally this weekend.

McDonald is 30th in the rankings, while Burkhart, still to fully recover from injury, is yet to score points.

Reed admittedly struggled in the opening few rounds of the series as he pushed on to collect points where possible without risking bike or body, but now, with several top riders dropping to the sideline with injury, he suddenly finds himself 19 points clear at the top.

With a margin of close to a moto win over the next competitor – his team-mate Mike Alessi is in second place but is out injured – Reed said his focus would remain on starting well and maintaining the intensity.

“It was somewhat of a relief to get that win out of the way at High Point, I didn’t think it would take eight years!” said Reed.

“We’ve just got to keep doing what we’re doing. The pressure is still there and we’ve still got over half a championship left to contest.

“I’ve not raced at Thunder Valley under lights before, it should be a lot of fun. Lots of work has gone into this track.”

Reed’s helmet will feature a noticeably different design this weekend. 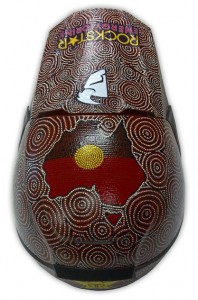 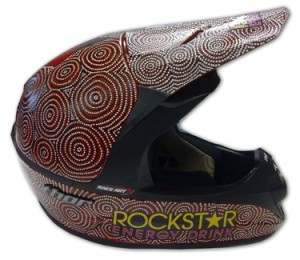 As an ambassador for Vodafone Australia and a close friend of the championship-winning V8 Supercar outfit, TeamVodafone, Reed’s helmet will sport a hand-painted indigenous artwork by Raymond Walters Japanangka.

The design, worn by drivers Craig Lowndes and Jamie Whincup at last weekend’s Northern Territory event, promotes cause and awareness of Red Dust Role Models, a program supported by the Vodafone Australia Foundation.

“I am proud to be involved as a role model and am pleased to be able to show my support with this incredible helmet artwork.”