The Suzuki International Series and the New Zealand Superbike Championships are collaborating for the first time to kick-start the 2022-23 national road-racing season, with the people behind the two annual series working in conjunction to ensure an explosive resumption to high-calibre road bike racing in this country.

It is a tremendously pleasing and positive way for the bike community to recover after two years of being stifled by the COVID-19 pandemic.

“We are really pleased to put the final pieces in place for the New Zealand Motorcycle Road-Race Nationals,” said Motorcycling New Zealand road-race commissioner Andy Skelton. “We still have some logistics and administration matters to resolve, but, in essence, we now have six dates to work with.

It’s been a great process to see so many stakeholders collaborate and come to together for the benefit of the sport and it’s looking like a great series.

“We now have the first two rounds of the Suzuki International Series in December, at Taupo’s Bruce McLaren Motorsport Park and Feilding’s Manfeild Circuit Chris Amon respectively, have been incorporated into the nationals spectacle and, with the eclectic mix of bikes amalgamated alongside the traditional championship classes, it should make for some great racing,” Skelton enthused.

The third and final round of the Suzuki International Series is, as usual, set for the public streets of Whanganui, the world famous Cemetery Circuit, to run on Boxing Day.

This street fight won’t be part of the nationals, but remains the jewel in the crown for the three-round Suzuki International Series.

“The nationals resume when we then move to the South Island in the New Year with racing at Mike Pero Motorsport Park (Ruapuna), on the outskirts of Christchurch. The following weekend the series arrives at Teretonga Park Raceway, near Invercargill, for round four. 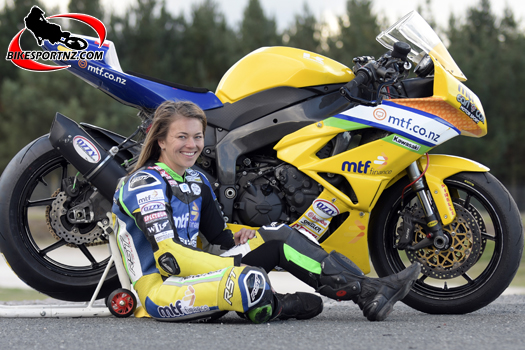 “We then a have a few weeks’ break and resume racing with round five a key part of Hampton Downs’ Moto Fest extravaganza, before it all wraps up the following weekend with the final round taking riders back to the Taupo circuit.

“I would like to thank so many people who have worked so hard behind the scenes to try to make the series a success.

“We can’t speak highly enough of the organisers and sponsors of the Suzuki International Series, who committed so early in the process to support the initiative, and the management teams at Hampton Downs and Taupo, who juggled dates to accommodate the series and who have committed tirelessly to support our motorcycle road racing endeavours.

“Finally, I would like to acknowledge all the clubs who have been in communication from the start of the process and have dedicated themselves to achieve and support what should be a celebration of motorcycling.

“The host clubs and their members, who do a huge job and work as volunteers, are the backbone of the sport and ensure the racing license holders can all enjoy this opportunity.

“We may play with the format and feature some double points rounds, just to add some spice, but we will announce this at a later date.

“I’m just so pleased and chuffed that we have so much buy-in from so many stakeholders to try to deliver the series and celebrate the sport,” said Skelton.

“The COVID-19 pandemic decimated the past two years, so what a great opportunity to get back up to speed again.

“I am also pleased to see the work the clubs have done to create inclusion for so many different classes besides the championship classes. It is attracting racers who wouldn’t normally take part and who will now have the opportunity to be involved. Case in point is the potential for the Carl Cox Cup to be within the 300 Supersport Class. Wouldn’t that be great to see as many as 40 bikes on a grid in our championship series?

“Anyway, let’s build on the initiative for the future and enjoy the series for what it’s meant to be … an opportunity to race our bikes.”

The pandemic has caused all sorts of disruptions to major sporting events world-wide and New Zealand has not been immune to these, the annual New Zealand Superbike Championships series being cut short in 2020, similarly reduced in size to just three rounds in 2021 and unable to be raced at all in the early part of 2022.

With this latest collaboration, the road-racing community in New Zealand is showing incredible strength and resolve to get back to a “new normal” as regards to top-level motorcycle racing in this country.