The Battle of the Teams fundraiser motocross attracted six-rider teams from all parts of the country, the competition to raise funds for Team New Zealand’s annual assault on the Motocross of Nations (MXoN), usually in Europe but this year to be staged in the United States.

The MXoN, often referred to as the “Olympic Games of Motocross”, did not proceed in 2020 due to the COVID-19 pandemic and New Zealand did not send a team to the MXoN in Italy last year due to safety concerns and continuing travel difficulties associated with the pandemic.

Those hiccups aside, the team-versus-team format used for Saturday’s event in Taupo – which is similar to the nation-versus-nation configuration of the MXoN – is obviously still immensely popular with the New Zealand motocross community.

The number of teams entered at Taupo this year was a record, with a staggering 52 separate teams signing up to race. 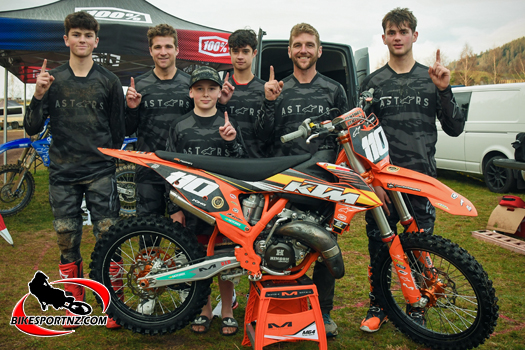 In the end, it was the depth of talent and the consistency of Team Alpinestars that shone through to take away the main trophy as outright winners.

Runners-up were the CML Racing Team riders, with Team Green taking the third spot on the podium. The Taupo Motorcycle Club Blue Team and then Team Good Times made up the top-five finishers overall.

“The weather played its part and it was another great fundraiser event, with riders coming from as far as Invercargill and Whangarei,” said Taupo Motorcycle Club president Bevan Weal, the man who, coincidentally, is also co-manager for New Zealand’s 2022 MXoN campaign.

“This Taupo event is so important. The club makes no money from this. It’s all about generating funds to get our team to the other side of the world to race the MXoN,” he said.

Sharing the managerial duties is New Plymouth’s former motocross world champion Shayne King, the multi-time former national champion who was also, on numerous occasions in the past, a team rider for New Zealand at the MXoN.

King said it was so important to have Kiwi representation at the MXoN.

“So of the individuals racing at Taupo could well be in the mix to form the MXoN team in September. It’s so cool to pull on that black jersey and step out with the New Zealand flag flying. You’re up against the best riders in the world and, after not racing at the MXoN for the past two years, everyone is bursting to go.

“We’ve got some pretty good riders to choose from and the American fans at the Red Bud track really go off … it’s like dynamite there … it’s quite an experience.”

This year’s edition of the MXoN is set for Michigan, in the United States, on the weekend of September 24-25.

More than $13,000 was raised by the Battle of the Teams event on Saturday. 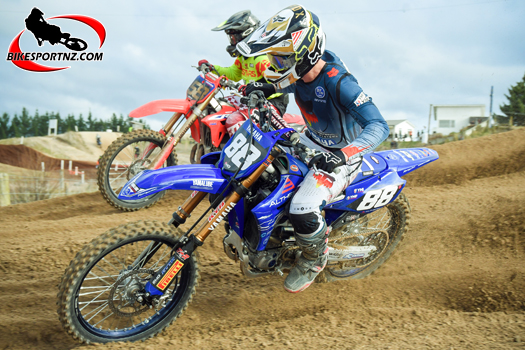 Tauranga’s Brodie Connolly qualified fastest in the MX1 class at the 2022 Battle of the Teams fundraiser motocross in Taupo on Saturday, but he had a mixed day after that. He crashed in his MX1/Vets race and finished only 39th, a lap down on race winner Cody Cooper (veteran), before bouncing back to take an impressive win the MX2/MX1 race that wrapped up the day. Photo by Andy McGechan, BikesportNZ.com 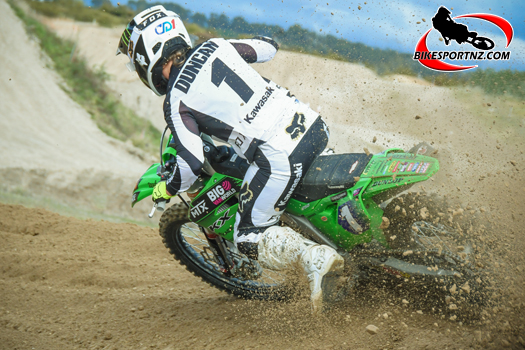 Otago’s three-time former women’s motocross world champion Courtney Duncan used Saturday’s Battle of the Teams fundraiser motocross in Taupo as a training day for her European campaign and the draw-card rider enjoyed putting on a show for her many fans. Photo by Andy McGechan, BikesportNZ.com