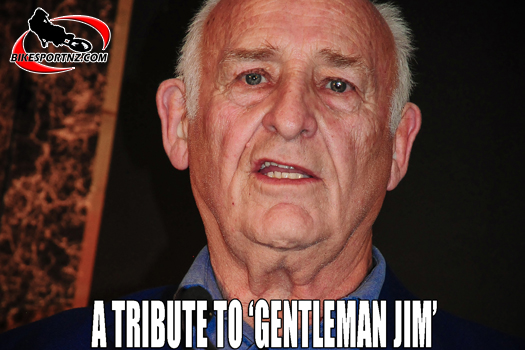 The passing last week of the man affectionately known as “Gentleman Jim” has left the New Zealand motorcycling community saddened but it also led the huge Kiwi bike “family” to reflect on the outstanding achievements of the 81-year-old and to appreciate just what this man had offered to the sport here over many years.

He also had the nickname “Dog” (because it was God spelled backwards) or simply known respectfully as “JD”.

A Life Member of Motorcycling New Zealand and beloved husband to Glenis, James Houghton Doherty passed away suddenly on March 8, 2021.

He was a competitor back in the 1970s and he was already also active behind the scenes in the sport.

Whether it was road-racing on purpose-built tracks or in the streets, beach racing, motocross or trials riding, Doherty was a key mover and shaker, facilitating events and allowing them to flourish.

Born on August 23, 1939, Doherty generally enjoyed good health even into his senior years, although he did undergo a quadruple heart by-pass operation several years ago.

Doherty was a former vice president of the New Zealand Auto Cycle Union (before it was renamed MNZ) and, a mechanic by trade, he was noted as a technical director for the sport, specialising in sidecars. His understanding of engineering most important with the sidecar branch of the sport when many rigs were home-built affairs.

He was an FIM (world governing body) technical steward, the first Kiwi to fill that role, and was heavily involved with MotoGP events staged in Australia and with the World Superbike Championships when they were staged in New Zealand in the years 1988, 1989, 1990 and 1992.

“He was a really nice guy. He was well respected and it was a full house at his funeral,” said long-time motorcycling sports commentator and fellow MNZ Life Member Neil Ritchie.

“He was lovingly referred to as ‘Gentleman Jim’, because when he spoke it was a passive, quiet voice but he also spoke with authority. When he spoke, people listened.”

Another MNZ Life Member, Sandra Perry, who was MNZ secretary and CEO for 20 years between 1981 and 2000, said Doherty will be “greatly missed”.

“He was on the MNZ executive throughout my tenure,” she said. “He was also on the Speedway Control Board of the NZACU and a much valued member of our big motorcycling family in New Zealand.

“From the 1970s until just a few years ago, Jim played a very active part in motorcycle sport. He put in so much work and few people these days give up the same sort of time as he did for this sport. We’ll miss him.”