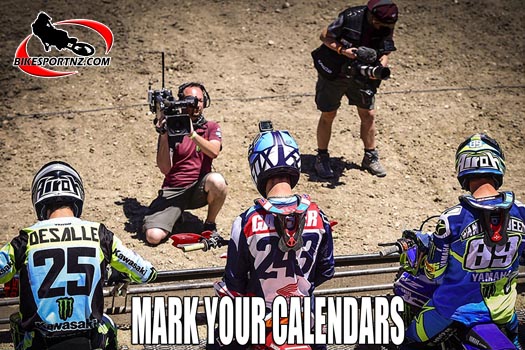 Now is the time to sort out your travel plans for the 2020 MXGP season, with the provisional calendar released this week.

It kicks off with the opening GP of the season on February 23 – that host venue yet to be announced – and wraps up with the Motocross of Nations, set for Ernee, in France, in late September.

Kiwi fans will perhaps again be able to plot the progress and celebrate the successes of New Zealand riders Courtney Duncan and Dylan Walsh, enjoy the return from injury of legends Jeffery Herlings and Antonio Cairoli, or again just marvel at the brilliance of riders such as Tim Gajser and Jorge Prado in 2020.

It has also been announced that an additional class that will be included in the calendar from 2020 – the EMX Open Championship will be combined with MXGP/MX2 events within Europe.

There will be six events counting towards the championship standings in the EMX Open Championship, all at MXGP/MX2 events similar to and in the same format as the EMX125, EMX250 and EMX2T championships which will all continue.

From 2020 and onwards the EMX Open championship will be open to riders from 16 years old up to 50 years old on motorcycles from 175cc up to 450cc, for both 2-strokes and 4-strokes.

Whatever your plans, it looks like it’s going to be another bumper 20-round series – an increase of two GP events over the 2019 edition – and once again capped off of course with the ever-popular Motocross of Nations. 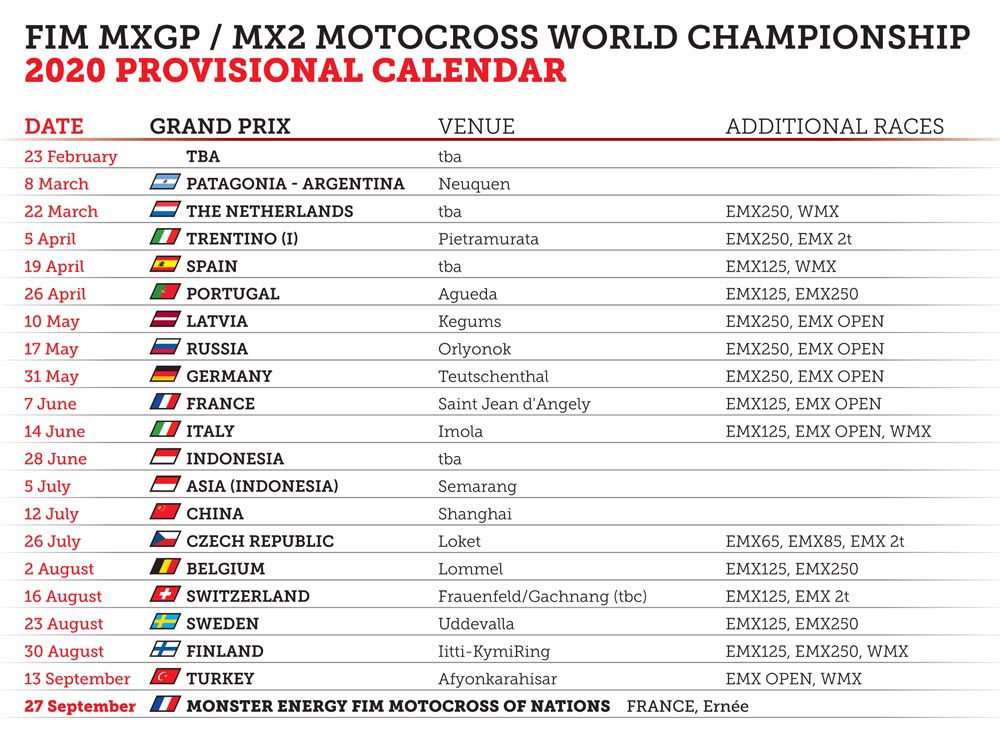