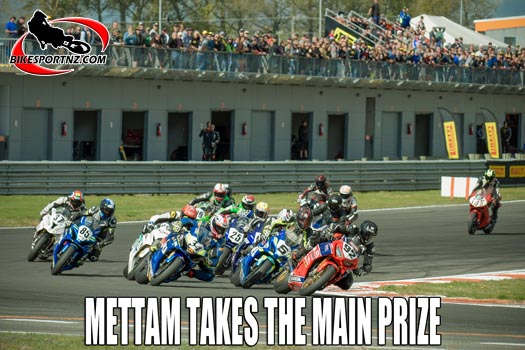 This season’s New Zealand Superbike Championships were certainly drama-filled, so thrilling in fact that even the great Alfred Hitchcock would probably have blushed … it could not have been scripted any better.

The premier 1000cc superbikes class went right down to the wire at the fifth and final round of the series at Taupo’s Bruce McLaren Motorsport Park at the weekend, with Glen Eden’s Daniel Mettam and Taupo’s Scotty Moir both in the hunt, right until the final lap of the final race, for what would be, for each of them, the pinnacle of their road-racing careers thus far.

It was the climax of a sensational season, this race deciding who would win the national superbike crown for 2019.

Weirdly, it was a Honda rider, Whakatane’s Damon Rees, who determined which of these two Suzuki riders would win the coveted superbikes trophy.

Just five points separated series leader Mettam from main challenger Moir as they lined up for the final race of the series on Sunday afternoon and, with 25 points on offer for a win, 20 points for a runner-up placing and just 16 points for third, the pressure was obviously felt most by Moir.

Rees stormed into the lead at the start, with Moir tucked in behind and Mettam soon up to third. If those positions remained as they were, Mettam would take the title by one point. 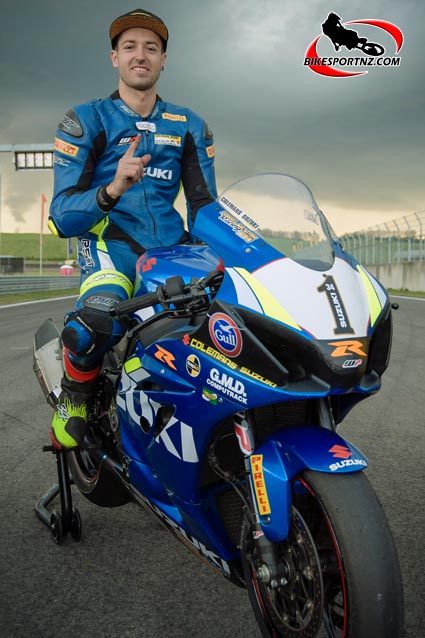 When Moir roared past Rees halfway through the race, the mathematical dynamics changed and now it was Moir headed for title glory.

Rees found his way back past Moir and Mettam was again the man best-placed to take the crown – Mettam watching this fierce scrap for the lead from the relative safety of third position on the track, knowing that he need not risk entering the fray.

This is how the race finished, Rees taking the win, Moir finishing second and Mettam satisfied with third place and the title in his bag.

Christchurch’s Alastair Hoogenboezem (Yamaha) was also in superb form at Taupo, coming on strong to move up from fourth overall at the start of the weekend and clinch third overall for the championship.

The outright victory was Mettam’s second national title win after he had secured the Supersport 600 title in 2016.

Meanwhile, in the Supersport 600 class, history was made when Rangiora’s Avalon Biddle (Kawasaki) captured the title, becoming the first female racer to do so.

It was a stuttering weekend for the 600cc riders with crashes and race stoppages, but Biddle had started the weekend with a 29-point advantage over her main rival, Manukau’s Toby Summers (Kawasaki), and that eventually turned out to be more than enough for her to get the job done.

Biddle fell victim to an over-eager fellow rider as she was shunted from behind and into the gravel in the first 600cc race on Saturday, but Summers also crashed out in that same race and so, with both riders not scoring, the points gap between them remained unchanged.

The next race was also riddled with crashes and eventually declared a blank, non-points affair, handing Biddle the title with a race to spare.

Te Awamutu’s Dave Hall (Suzuki) won the final race of the series, elevating him to third overall for the championship and surely a forecasting more glory to come for him in the future.

Motorcycling New Zealand road-racing co-commissioner Grant Ramage said the racing at Taupo at the weekend was of “the highest quality”.

“It’s been a roller-coaster ride for all this season. Taupo has thrown up some good, competitive and fast racing.

“The crowd would have loved what they saw here this weekend.

“The weather was favourable for us in the end. The forecast was for rain, so I think we dodged a bullet there,” he said, as thunder and lightning echoed in the background, arriving at the track immediately after racing concluded.

“The racing was intense and the guys that won the titles really know they earned them the hard way. I look forward to next year.”