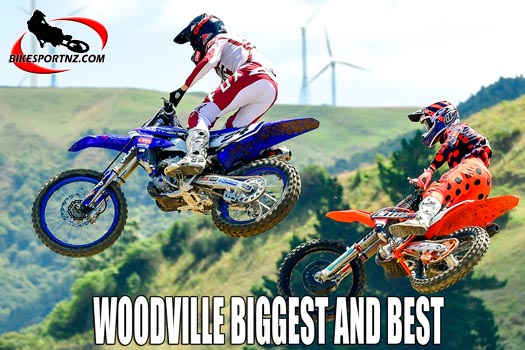 Already considered the biggest and most prestigious motocross event on the Kiwi race calendar, the Woodville GP was recognised as an FIM Oceania event for the first time last season, in January this year, and the success of that means it will again host the FIM Oceania Trans Tasman Challenge at next year’s 58th annual running on January 26 and 27.

The spectacular two-day event at Woodville has always attracted huge interest from overseas, but the 2019 Honda-sponsored New Zealand Motocross Grand Prix at Woodville, in just seven weeks’ time, is again enhanced as a true international competition.

The FIM Oceania Challenge includes competition for both junior and senior riders, with many of Australia’s finest expected to arrive and all of them determined to hammer their Kiwi counterparts.

Participating riders from Australia and New Zealand have yet to be confirmed, but there is no shortage of willing candidates keen to lock horns in this inspired trans-Tasman showdown.

The Australian will no doubt be seeking revenge after losing out to the New Zealand riders last season.

New Zealand’s chances of winning the FIM Oceania Challenge looked doubtful after the first day of racing at the 2018 edition of the Woodville GP, but a huge fight-back on day two turned it all around.

The Australian contingent had the early advantage – leading by 410 points to 368 – after the junior phase of racing on the Saturday, but the senior Kiwis came on strong the following day and rescued the situation.

It was certainly a talent-packed Australian contingent that arrived at Woodville in January this year – Kirk Gibbs, Jay Wilson, Cooper Pozniak, Mason Semmens, Bailey Malkiewicz, Tyler Darby, Jay Conforto and Australian national women’s champion Maddie Brown among them – and a similarly-potent Australian assault can be expected in 2019.

The Manawatu Orion Motorcycle Club (MOMCC) has hosted the Woodville GP every year since its inception in 1961 and is proud to again be chosen to stage this FIM Oceania competition.

“We want to give the crowd great entertainment, something they can really get behind and there really is nothing better than the sporting rivalry that exists between Australia and New Zealand,” he said.

Racing over the two days at Woodville caters for minis, juniors, women and veteran racers, with the novelty river race on Sunday also a major crowd-pleaser. 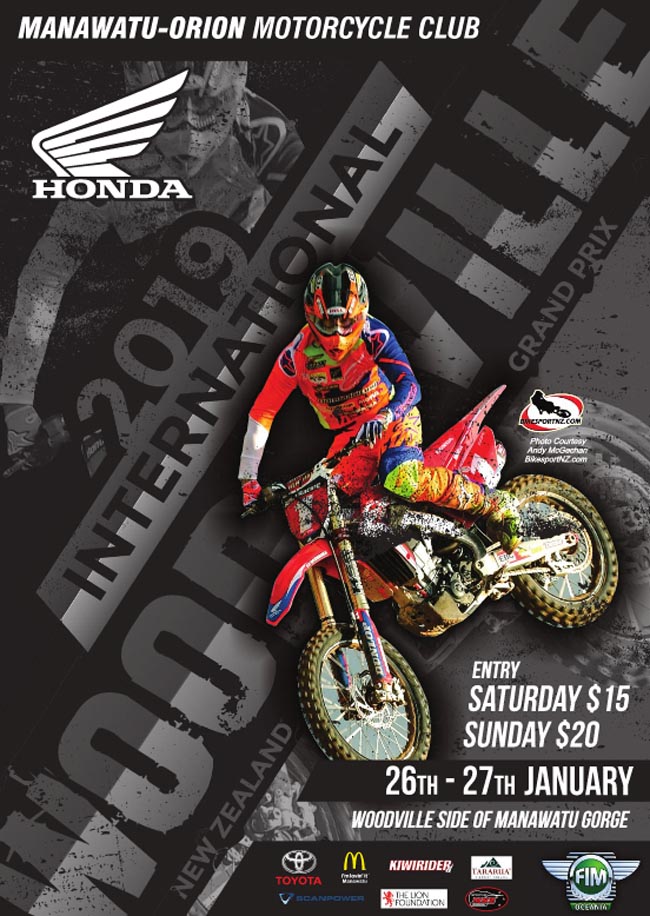