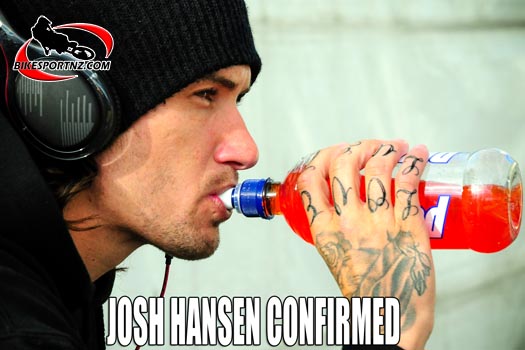 With the inaugural 2018 Monster Energy S-X Open Auckland just days away, Californian style master Josh Hansen has been confirmed to race in the coveted SX1 class inside Mt Smart Stadium this Saturday.

The man affectionately known as ‘Hanny’ in the United States has been involved in Supercross competition since 2003 and has gained one of the largest followings of all riders in world supercross. His laid-back, Southern Californian style translates perfectly across onto his Honda CRF450, with the 34-year-old gracing the track with effortless style and execution.

New Zealand has been a happy hunting ground for Josh Hansen; as he captured his maiden Australian Supercross Championship race win in New Zealand in 2009, which later would translate into a championship-winning year.

For 2018, Hansen is thrilled to be back in NZ and ready to race the world’s best. He was last here in 2010 when he raced the supercross that year at North Harbour Stadium.

“It’s really cool to be heading back to New Zealand – it’s a stunning country and just makes for a rad trip. I’ve been riding out at the Californian tracks for a while now just getting Supercross dialled on the Honda, and I do feel really good,” commented Hansen. 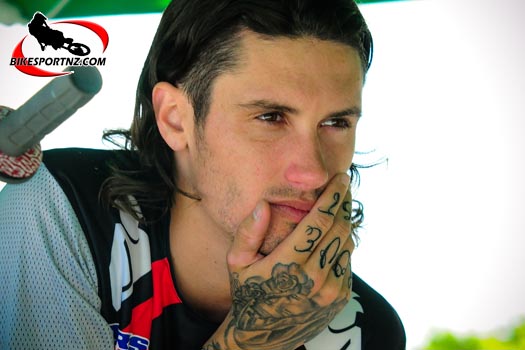 Californian Josh Hansen, popular with crowds when he last raced supercross in New Zealand in 2010. Photo by Andy McGechan, BikesportNZ.com

“I’ve got awesome memories of racing down here, getting the win in ’09 and then the overall championship too. It’ll be cool, obviously Dean (Wilson), Reedy (Chad Reed) and (Justin) Brayton are on it right now – so no doubt it’ll be difficult going up against them, but I’m ready – ready to take them on,” said Hansen.

The multiple time Supercross Lites race winner has experienced quite a decorated career since his debut in ’03, with an X Games Best Whip Gold Medal to his name, along with being a pioneer of the new-age freeride movement in Southern California. His most recent venture has been teaming up with Honda in an ambassador role, touring the country and hitting spots on his CRF.

Having finished in second position at the first round of the Monster Energy S-X Open Supercross FIM Oceania Championship in Sydney, Husqvarna’s Dean Wilson is now the effective championship leader, by virtue of round one winner Jason Anderson not taking part in New Zealand.